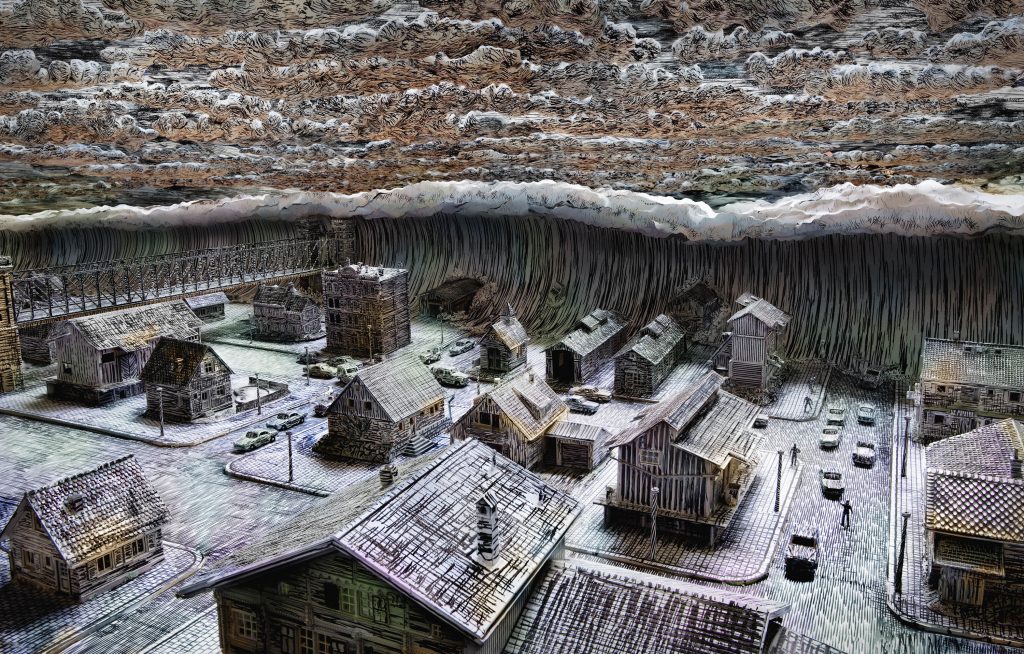 In 1986, 18-year-old Christopher Knight trekked into the Maine woods. After pitching an improvised camp, he remained there in virtual isolation for the next 27 years. For decades, the ‘North Pond Hermit’ avoided all contact with other people. He didn’t even make campfires, for fear of being discovered. Knight kept track of what was going on in the outside world by listening to news radio and rock stations on a battery-operated radio. He was ultimately apprehended by the police for burglarizing vacation cabins and a nearby holiday camp. With a radio as his sole source of information, Knight was more or less untouched by the visual deluge of the past three decades. His mental picture of recent events must have been entirely different to the images that are so familiar to us. Knight’s lonely forest clearing, these same events materialized in a self-contained universe. In his mind’s eye, the general, abstract reports on the radio were converted into specific visual details: a kind of ‘reverse empiricism’.

For his new series, the artist decided to keep clear of all photos and other visual input, consciously limiting himself to the bare reports. The images that have come out of this approach – created in response to more or less iconic events in recent history – are uniquely subjective.

The images could just as easily be relating an entirely different story; the blueprints of an alternate reality. Like the stream of consciousness that constantly unfurls in our mind, they are the artefacts of an inner world that at times seems almost random – or that at any rate is entirely personal, in every aspect.

To view images of the exhibiton go to the link below:
http://www.tzrgalerie.de/mrknight.html 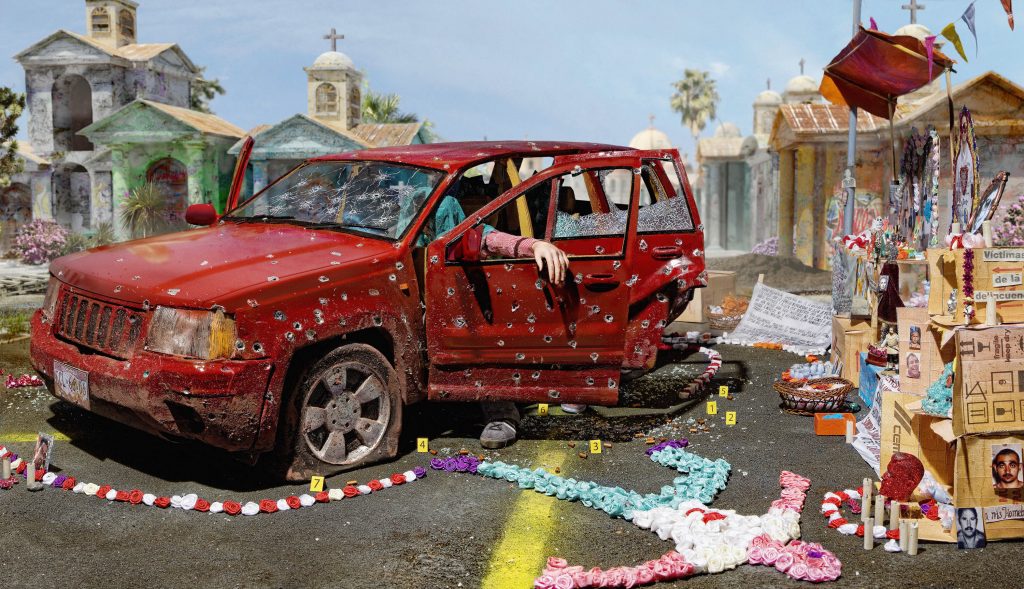 On Saturday the 7th of November more than 50 Amsterdam based museums are open from 7PM until 2AM for the annual Museum Night. Apart from seeing the permanent collections and temporary exhibitions there is plenty more to see and do, also for non-Dutch visitors. On this 16th edition you can enjoy live music, DJ’s, dance, performances, film, special tours and food & drinks in the many museums of the city.

For the Museum Night you buy a ticket, which gives you entrance to the more than 50 museums on November 7th and 1 free extra museum visit valid until December 31st 2015 (Artis, Micropia, Harry Mulisch House and Heesterveld excluded, Rijksakademie only during RijksakademieOPEN. Museum Night is organised by N8 | Stichting Museumnacht Amsterdam.

For tickets please go to the link below:
http://museumnacht.amsterdam/tickets/

For more information on the exhibition go to the link below:
http://museumnacht.amsterdam/musea-detail/?225/arti-et-amicitiae