Marabunta deals with the mythology that exists around the Mexican drug cartel wars. Cartel leaders have an almost mythological status due to the fact that they are most wanted on the one hand and lead an incredibly rich and flamboyant lifestyle on the other. In the neighborhoods where they grew up they are legendary heroes, but in the general public also concerned as the most cruel and evil criminals that ever existed. When I visited Mexico I occurred to me that the Mexican have a totally different approach to death, and that death to them is a portal to another world. Witness of this is the celebration of the Day of the Dead, in which the dead are celebrated as if they were still among us.

The cartel leaders are often buried in gigantic mausoleums, resembling large churches, all of them together form a graveyard with complete streets filled with these abundant buildings. On the other hand, a lot of criminals are abducted by other cartels, tortured and killed. Their bodies are often put on public display (sometimes hanging on bridges, sometimes on garbage dumps), decorated by banners with insulting texts as a warning and a kind of signature from the killers.

Both ways the dead are displayed deal with a typical Mexican way of mythologizing the dead and their perpetrators. In my project I want to combine those two ways of communicating the dead and afterlife, thus creating a kind of underworld, a place where the dead wonder around, where admiration and insult go side by side. A world where trash and flowers lay side to side, where decorated clothing is worn together with disposable plastic bags and Duct tape. Turning crime scenes into pilgrimages and the other way around. 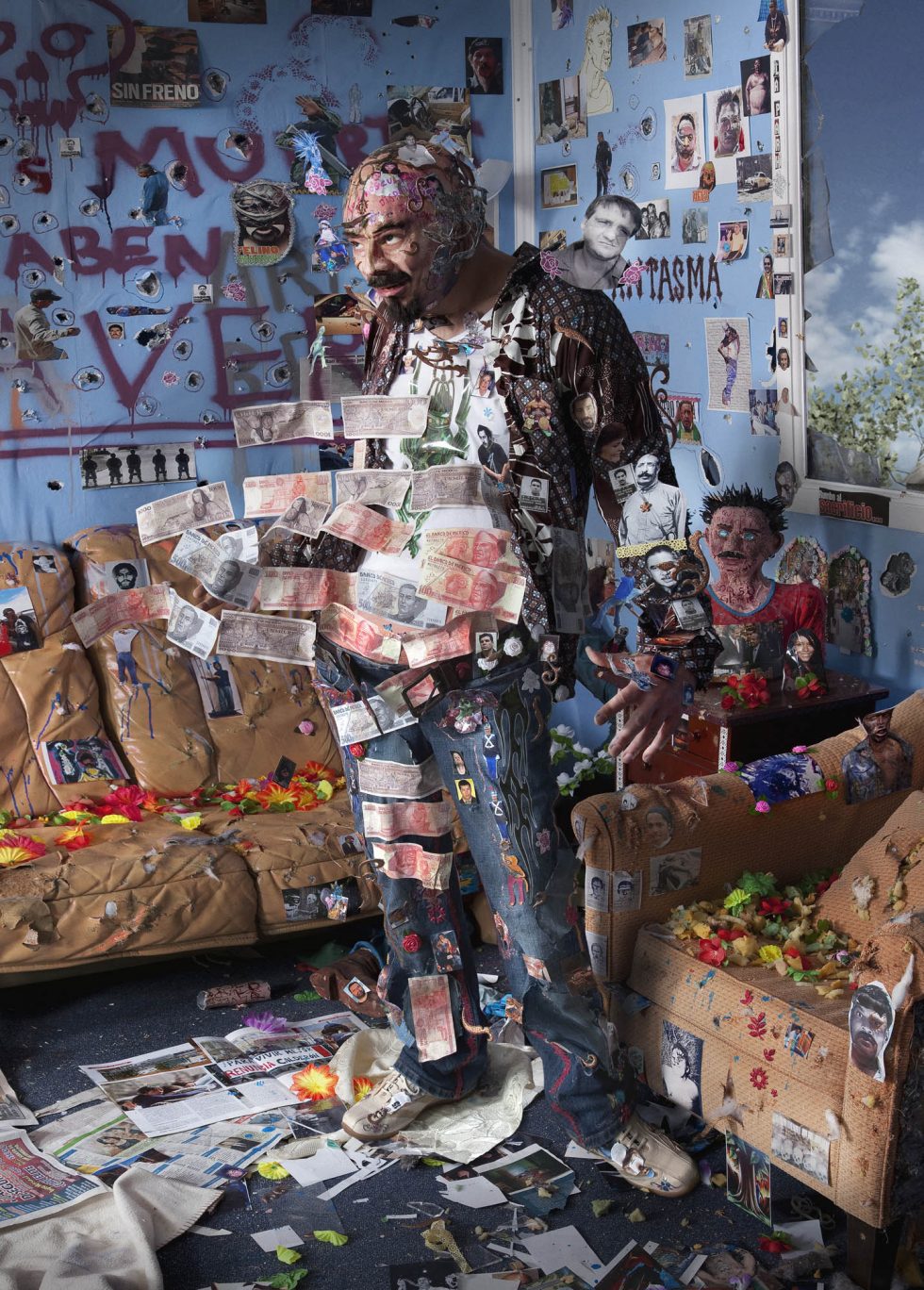 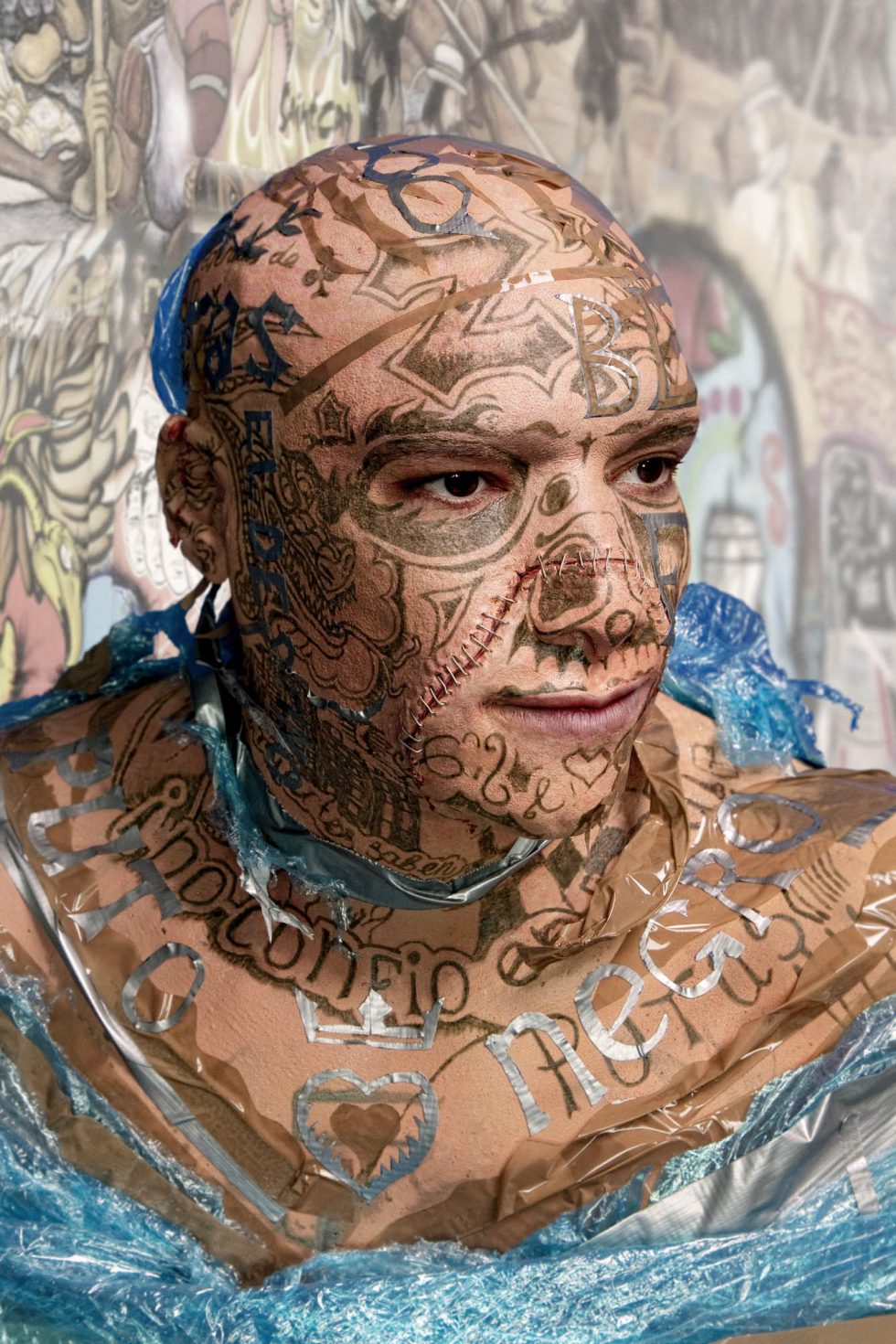 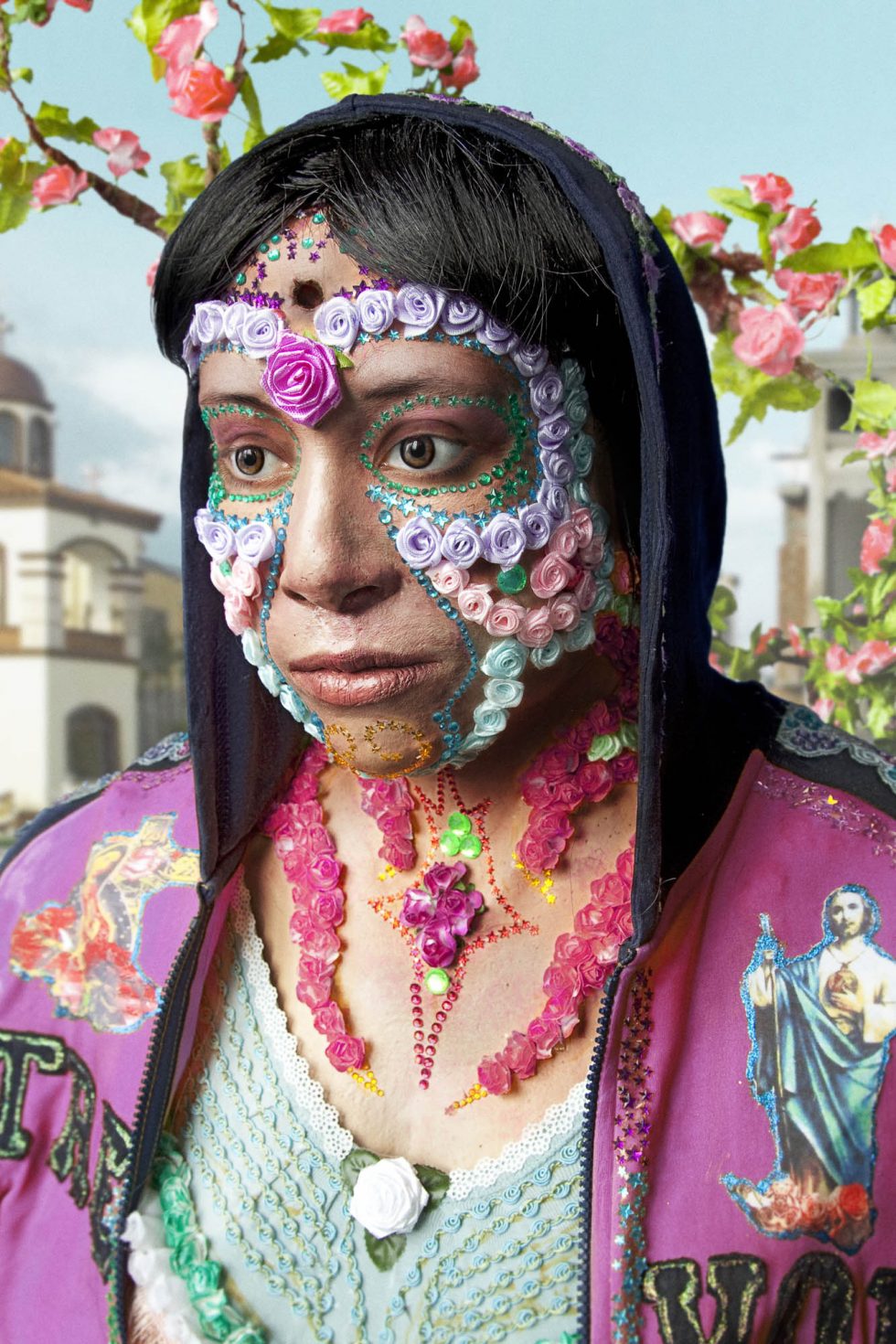 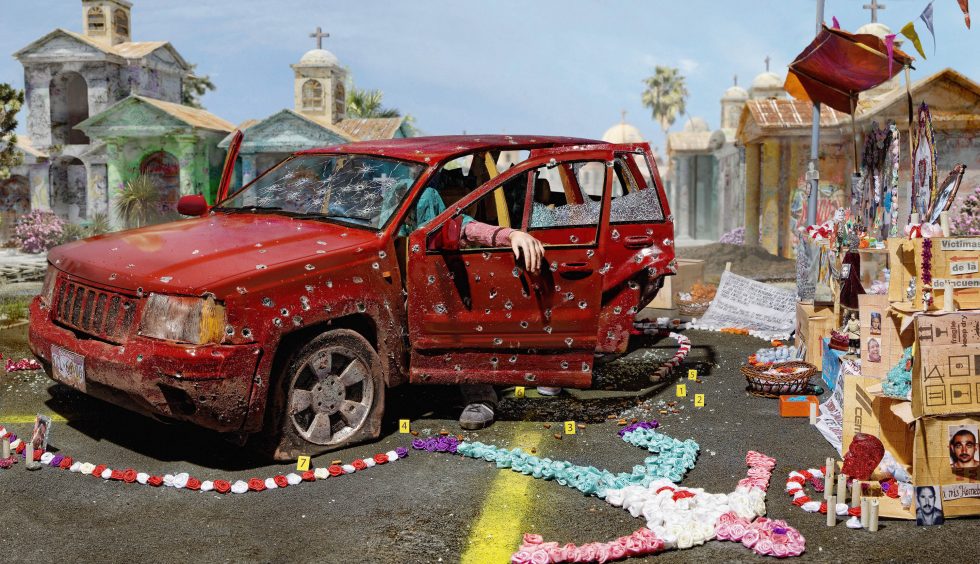 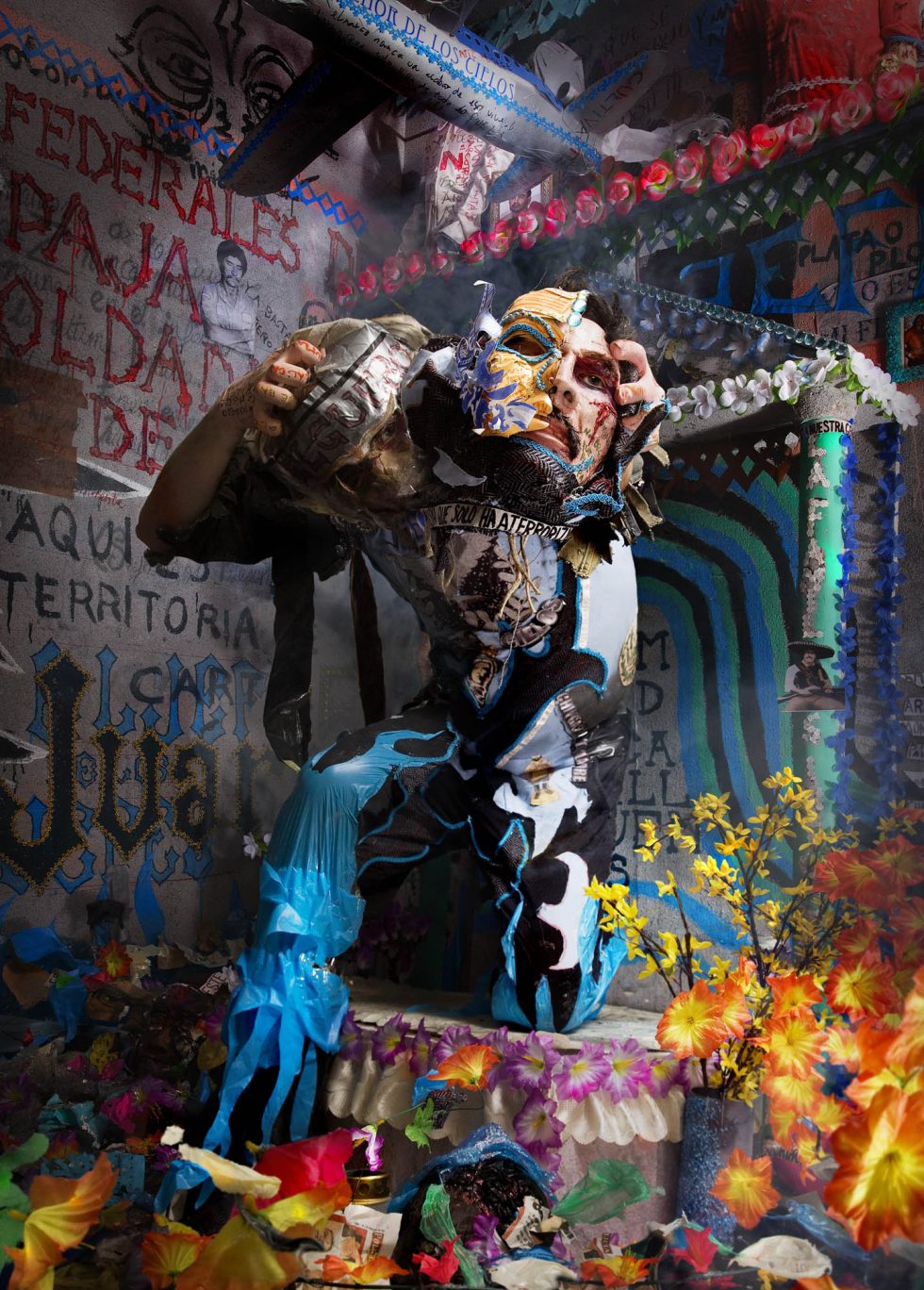 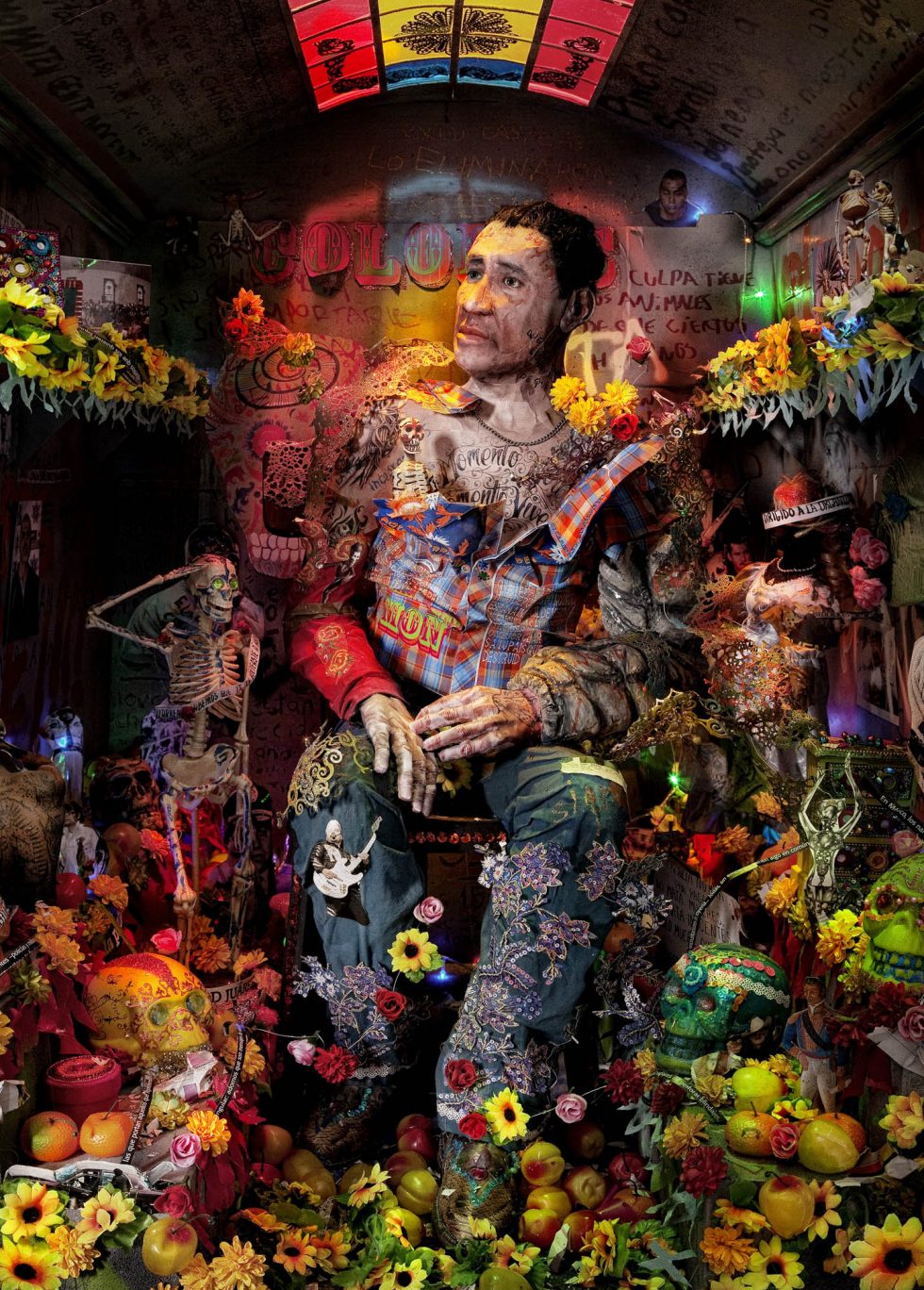