Cahutchu is a pictorial report of a community, a Brazilian rubber culture that existed as a result of the enormous fluctuations in the demand for rubber at the beginning of the 20th century. It grew from nothing into a metropolis city and almost even rapidly disappeared. The jungle has mainly swallowed the city, leaving the remains in decay.

The fugacity of its existence and disappearing of this community stands in high contrasts with the pictures that remain, which have an eternal value. Photographs, drawings, etches and engravings on which the greatness of the plantations, the forced labor to cultivate the forest and the bankruptcy of the industry is apparent; the only witnesses of these events are made out of paper.

The fascination for the particular nature of these documents is for Jasper de Beijer (1973) a reason to make a direct reconstruction of this material. It inspired him to use the paper itself to create a marked testimonial. The result is a series of scale models, which are drawn on the computer, printed out on paper and folded into scale models. Thereby the artist has added a dimension to his sources by bringing them to the reality of his studio in order to fixate them on the sensitive plate. 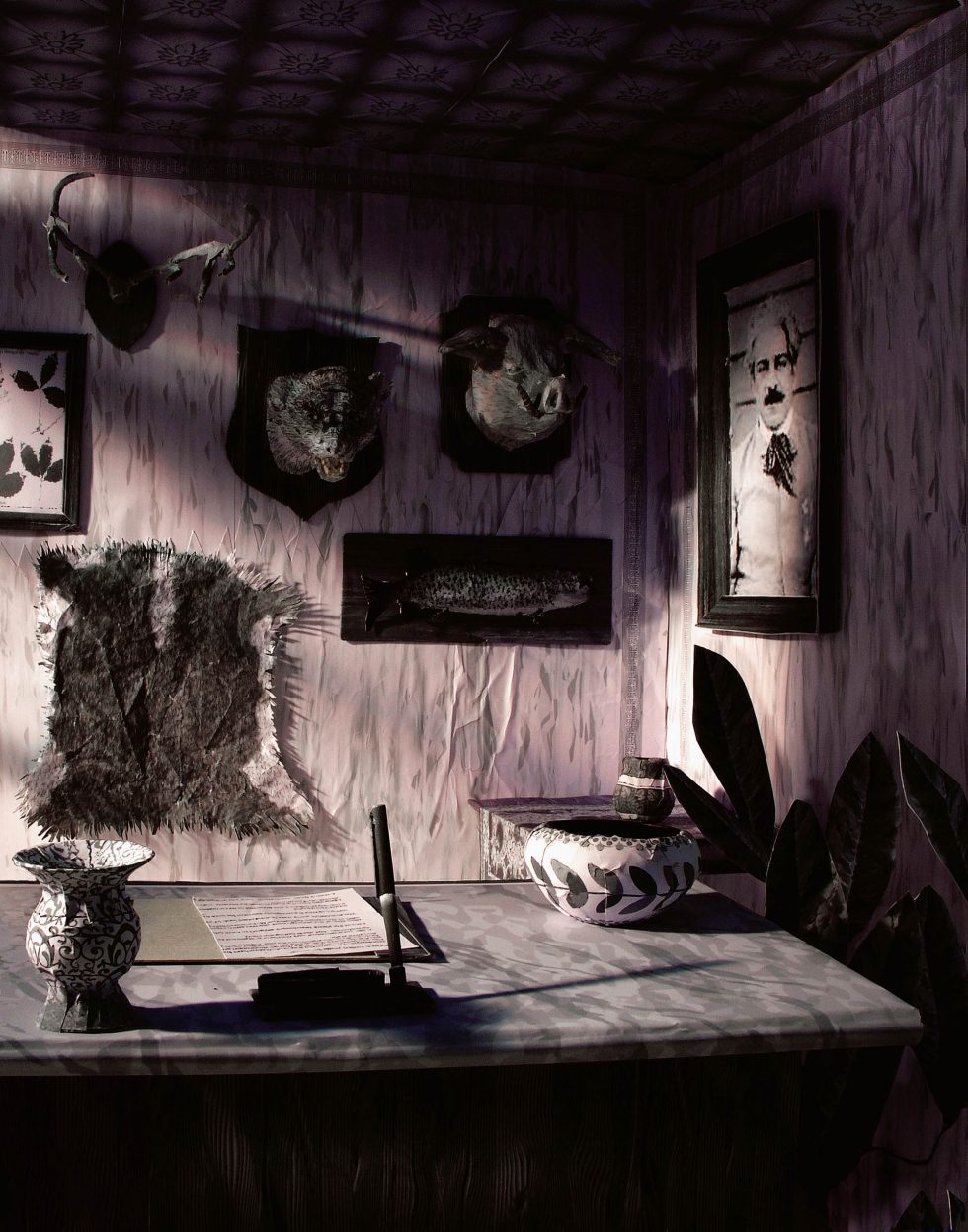 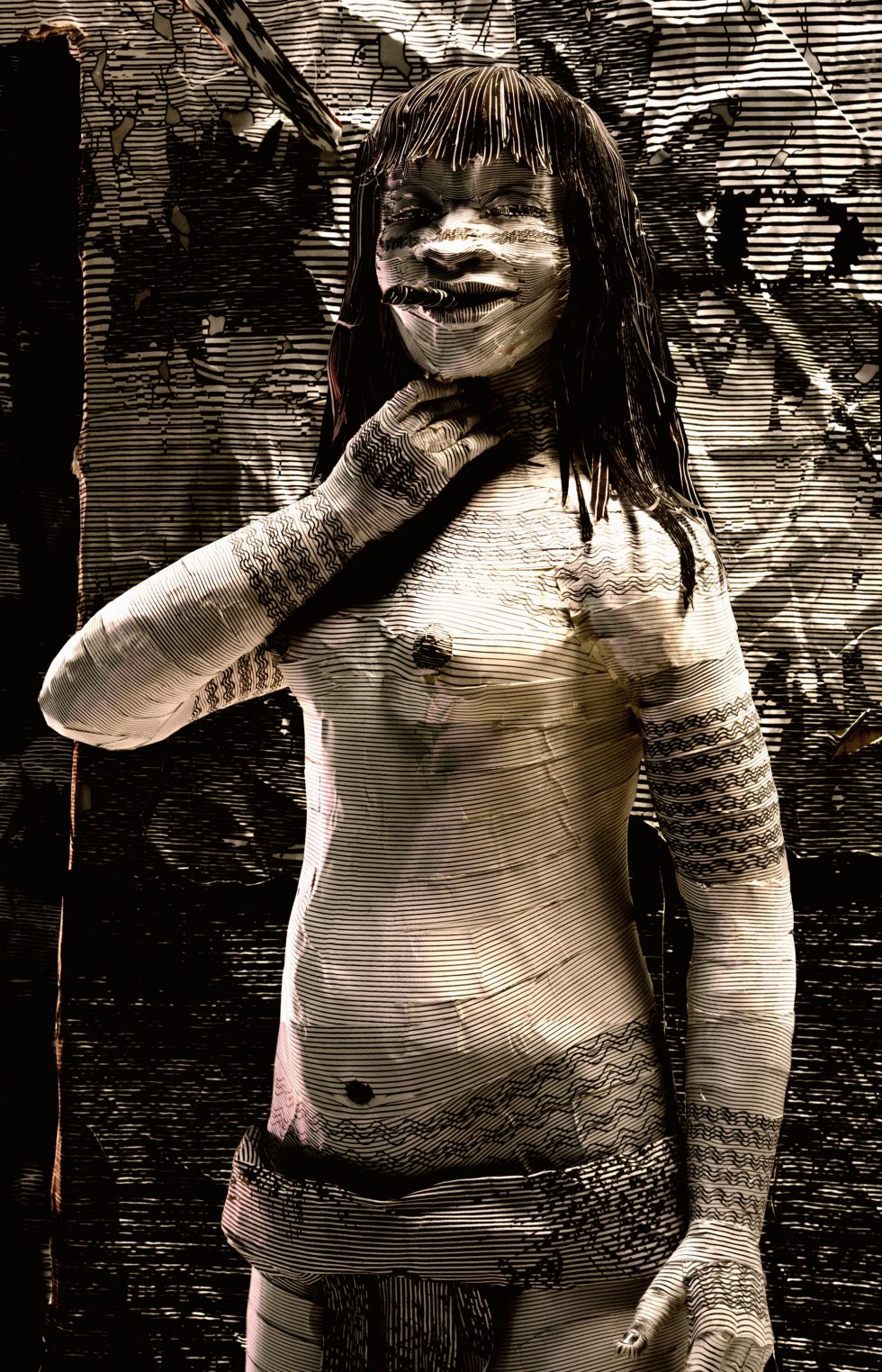 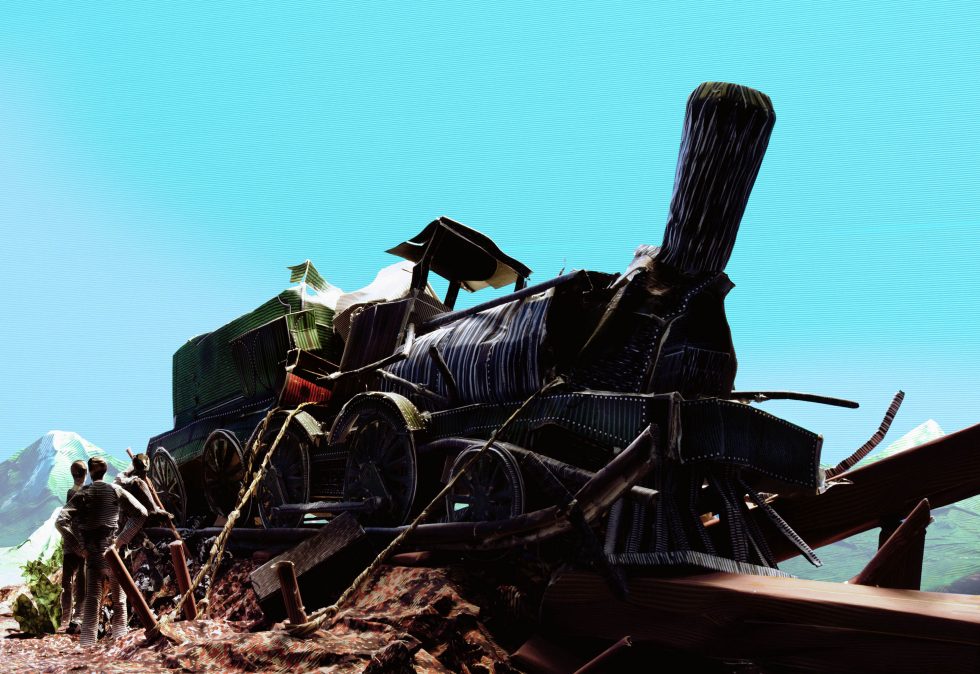 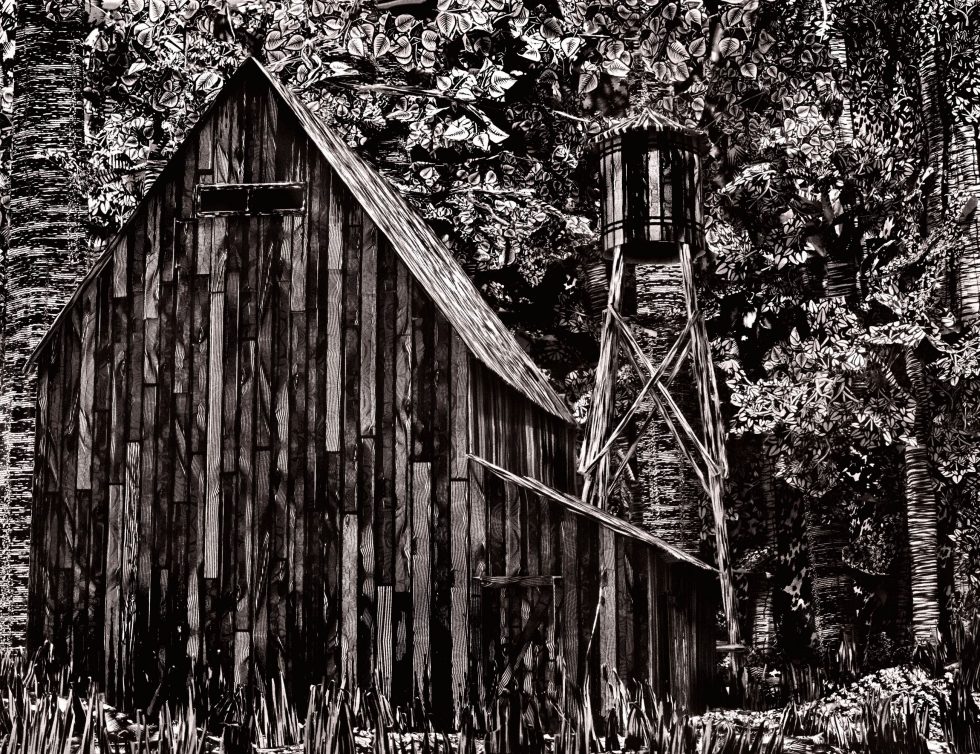 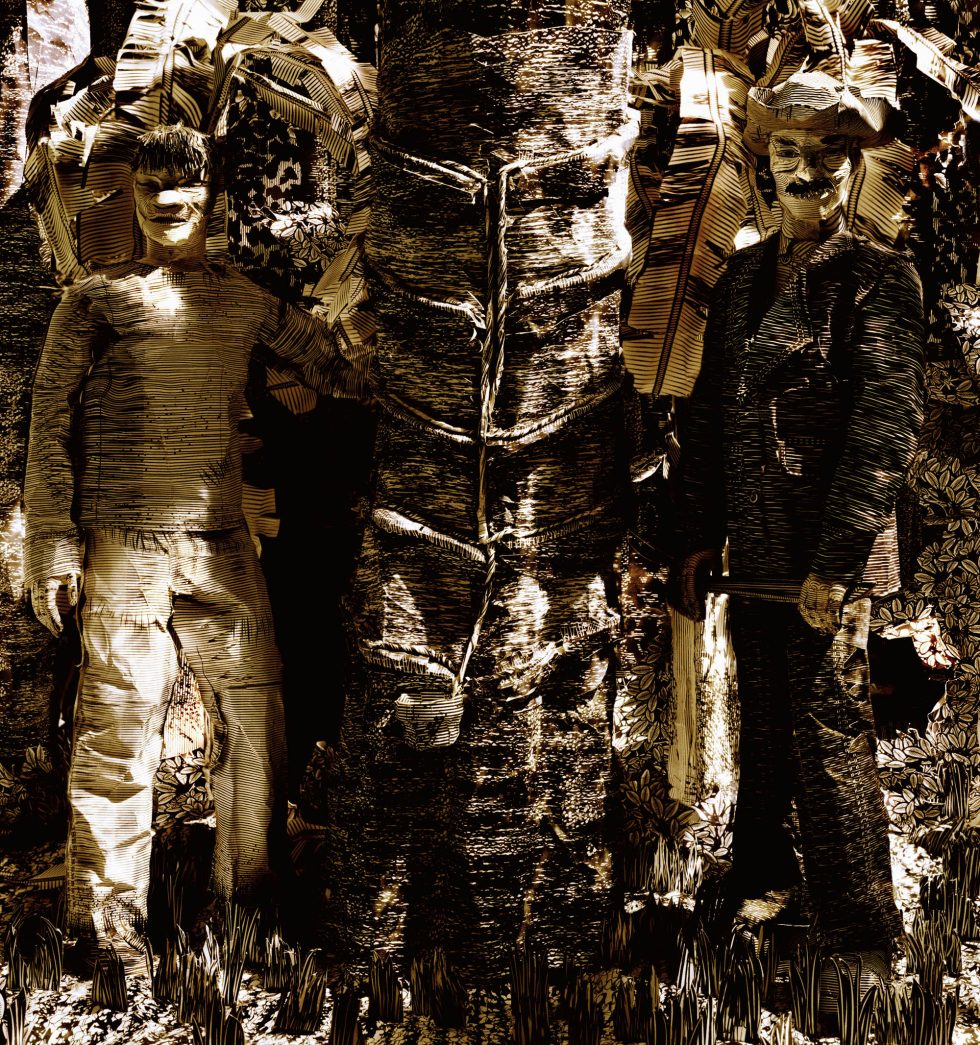 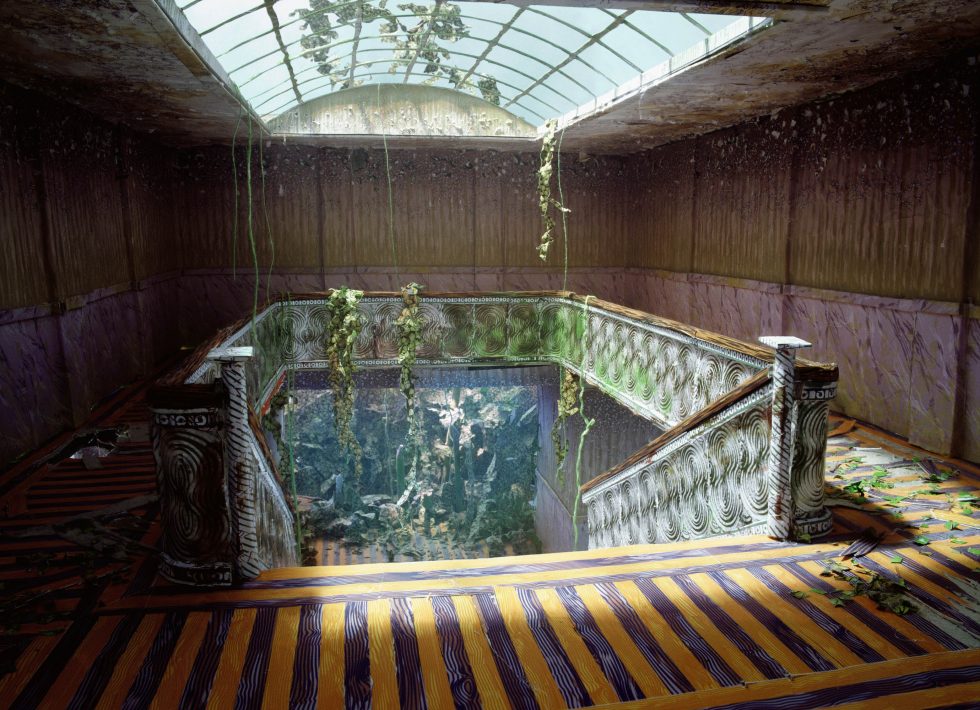 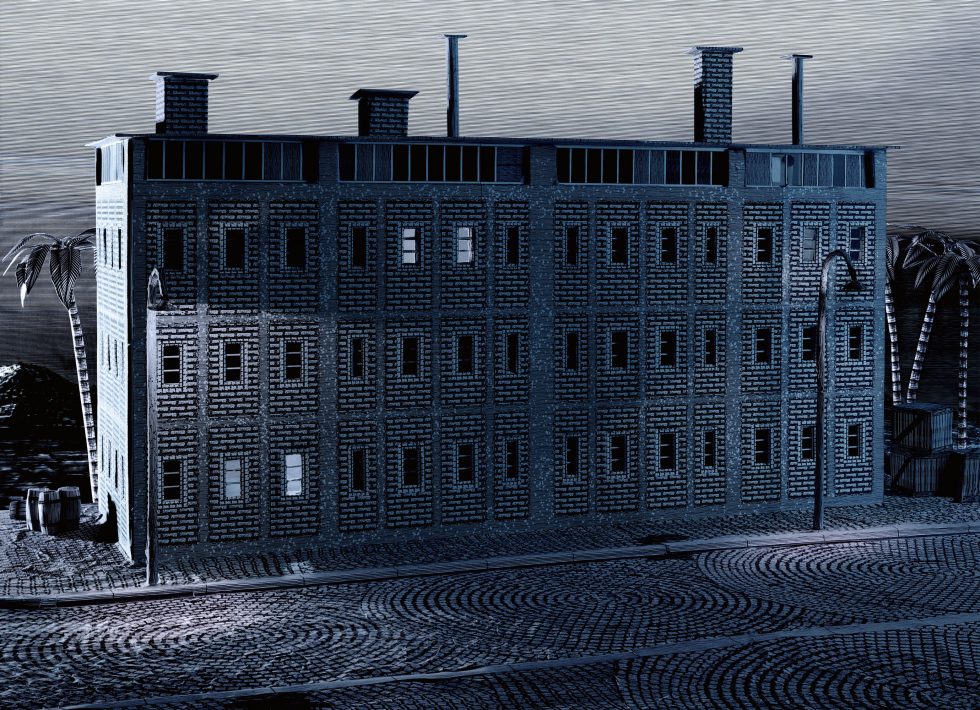 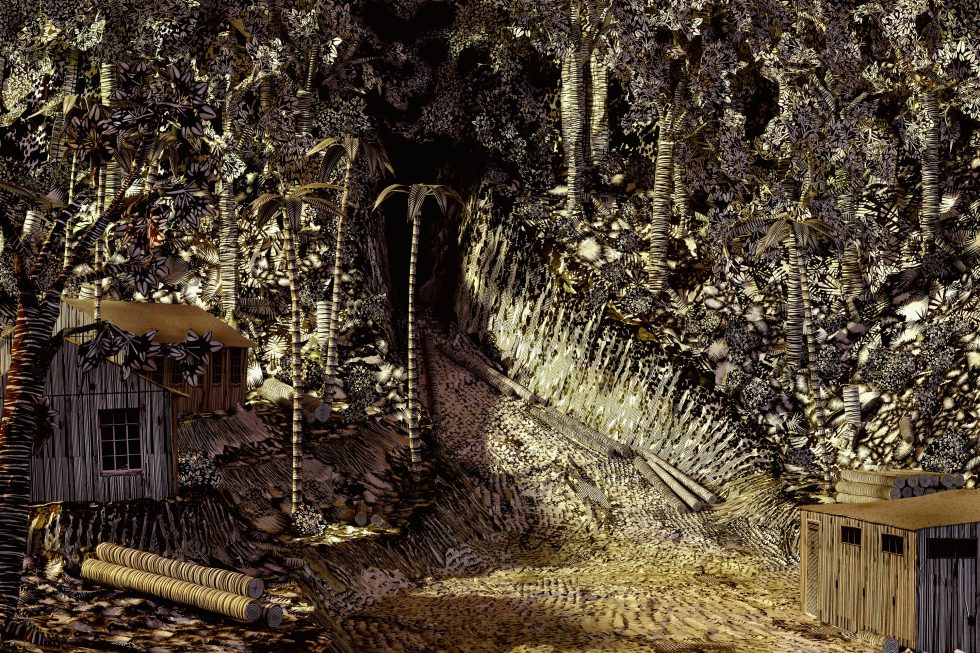 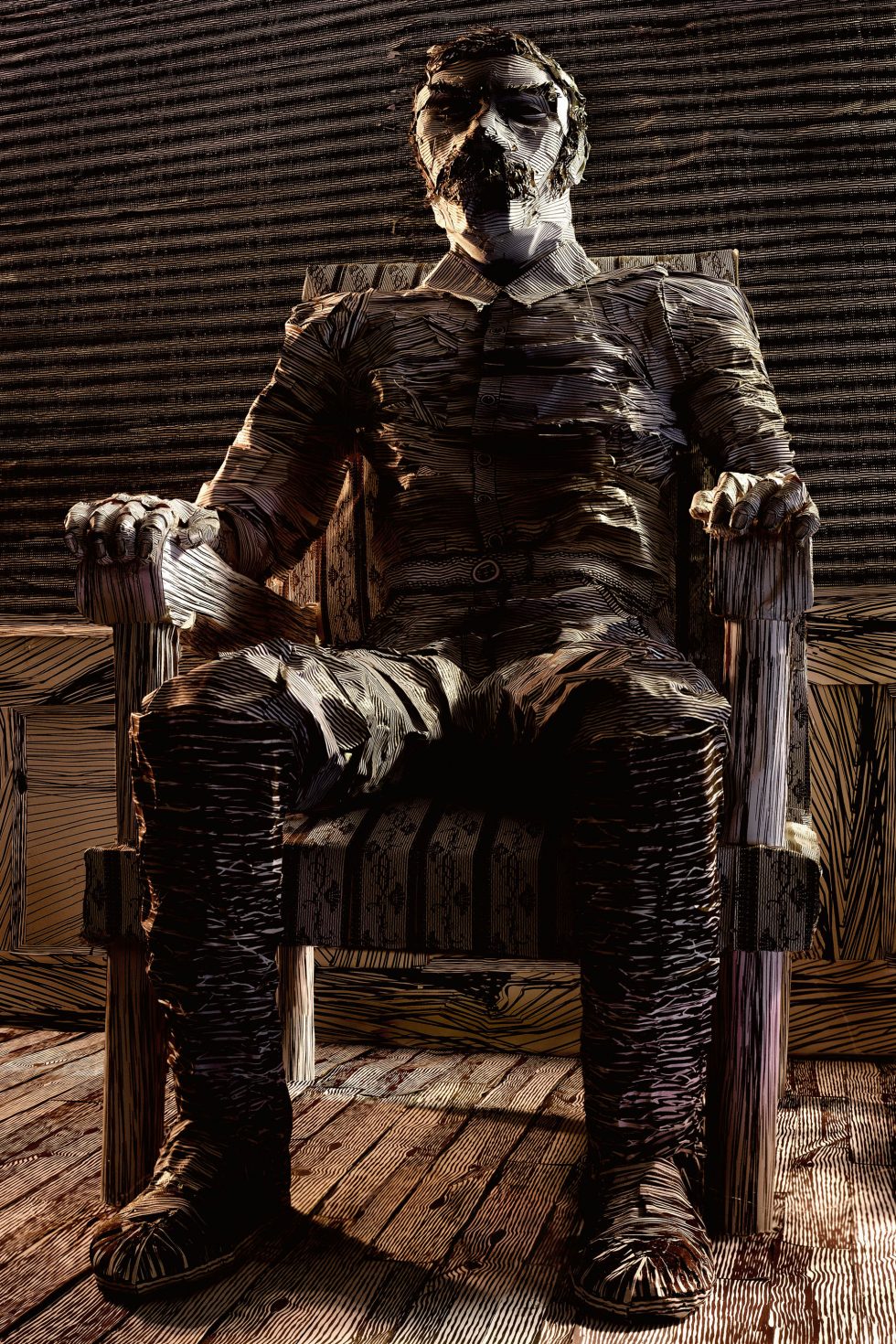 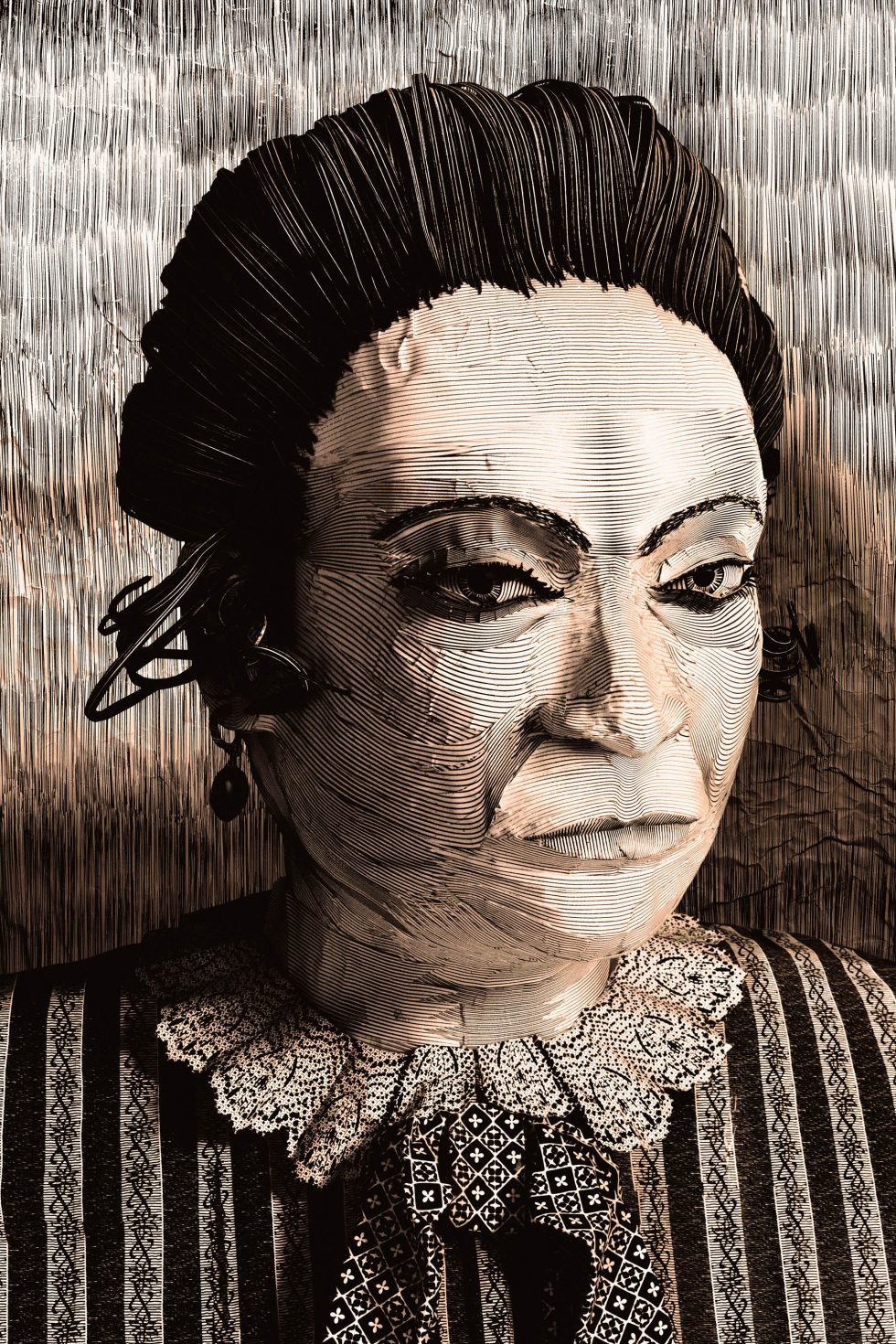 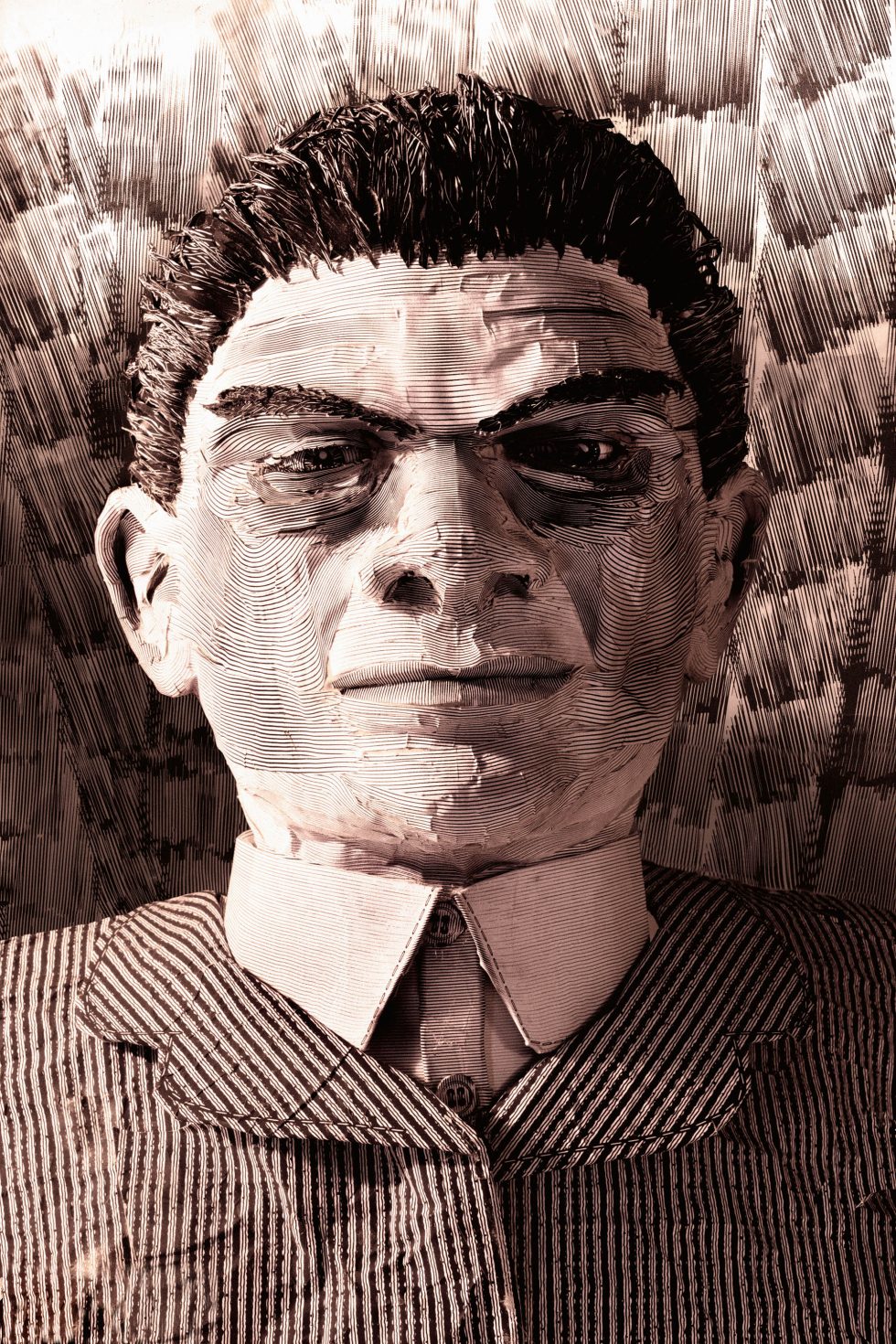 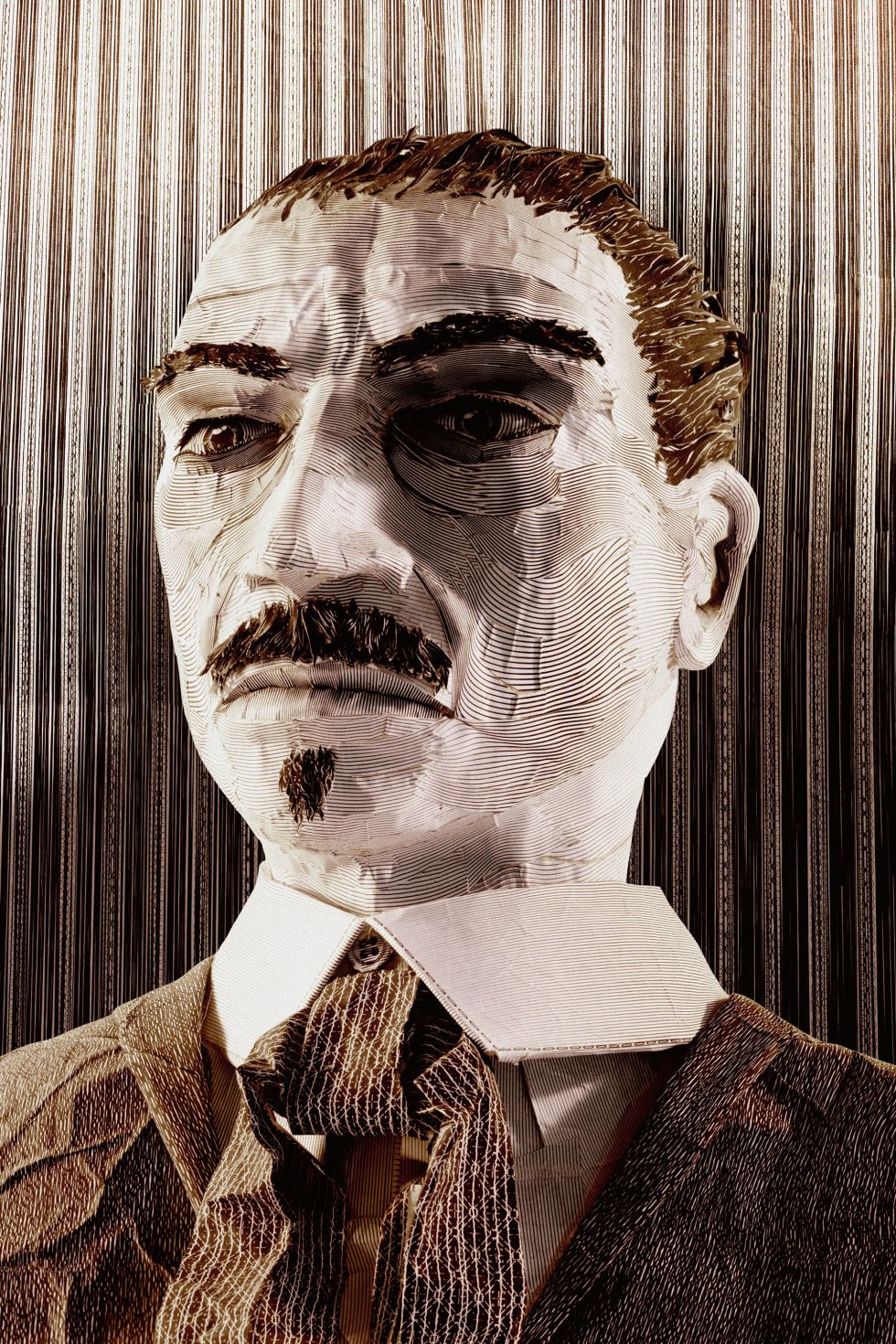 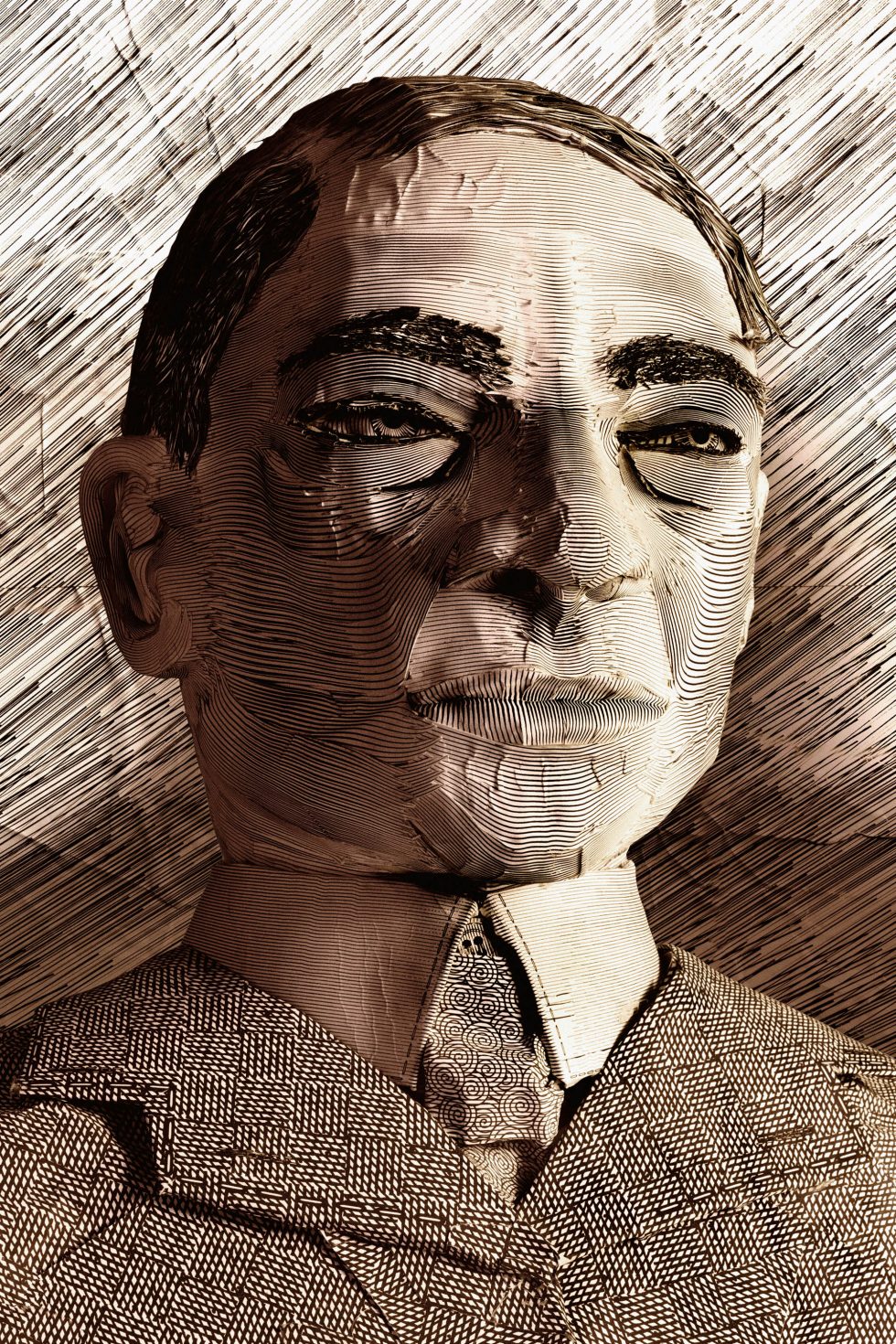