Half Caste explores the borderline between photographic reality and staged reality. The characters in Half Caste are about to play their part on stage; They are in a transitional phase between actor and character. The artist has played the actors role in previous work, but in Half Caste he poses as an actor waiting in his studio for instructions. In this series the artist focuses on his own identity as a subject for his pictures. The moment that De Beijer puts on his self made suit and blends into the environment, he transforms from person to character or from character to impersonator.

The series parallels to a world where it is custom to use real persons as fictional ones in storytelling; the movie industry. The actors in Half Caste get their legitimacy only when the camera is recording, the moment before and after they are just effigies made out of paper, clay, latex and textile.

The stages look like sets from the early cinema of directors like Dario Argento, Brian de Palma or Wes Craven. The set is under construction, ready to be populated by crew and actors. But in their unfinished nature they look banal, they disturb the illusion of the movie screen. It is a hostile environment that encapsulates the figures in their role. They can only await the instructions of the director.

Half Caste examines the physical boundaries of manipulation that Jasper de Beijer has been stretching for a long time. The mise en scene is placed within the documentary reality – the photographs suggest a look behind the scenes of an average workday on a movie set, a documentary reality which has itself been staged in the studio of the artist. 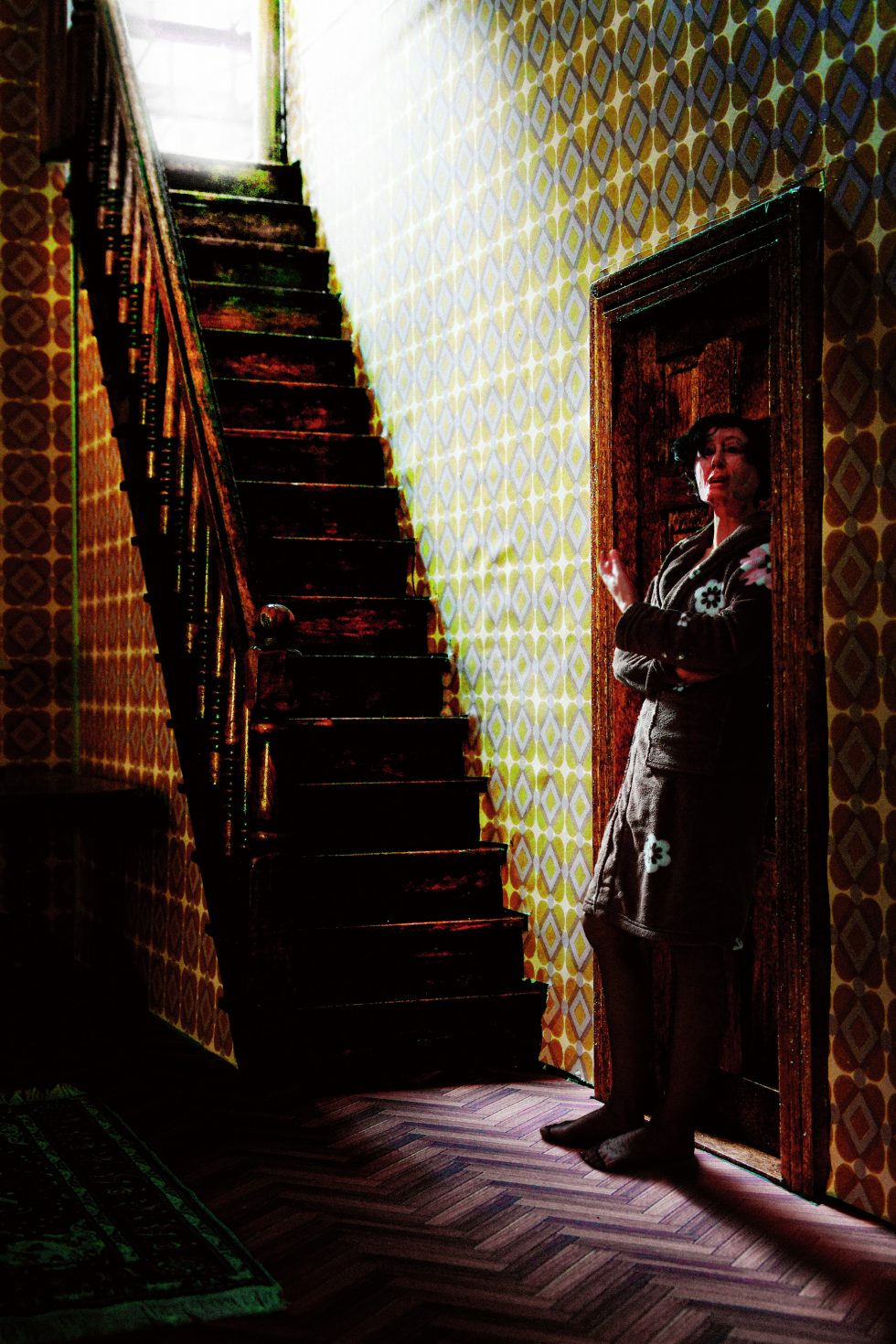 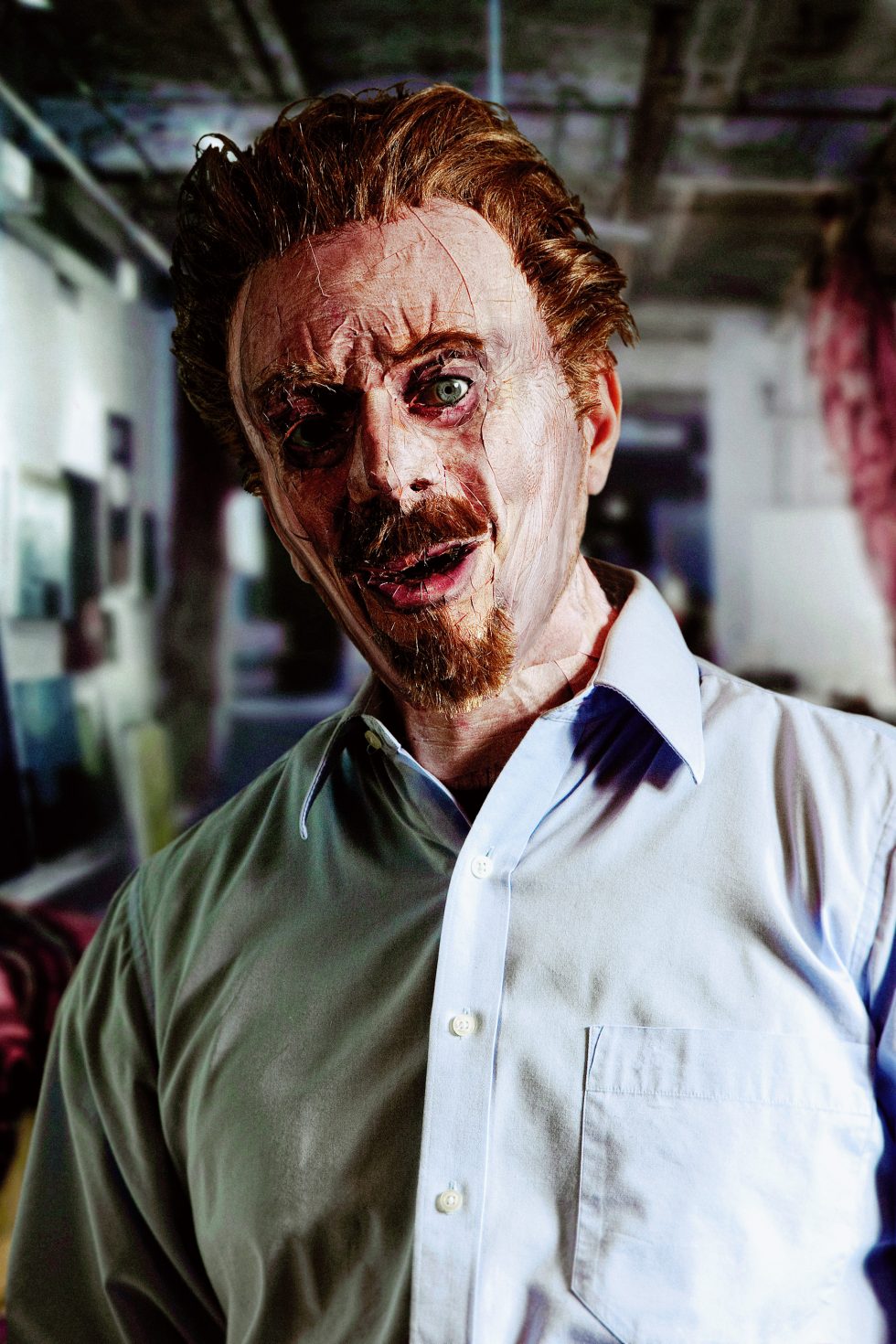 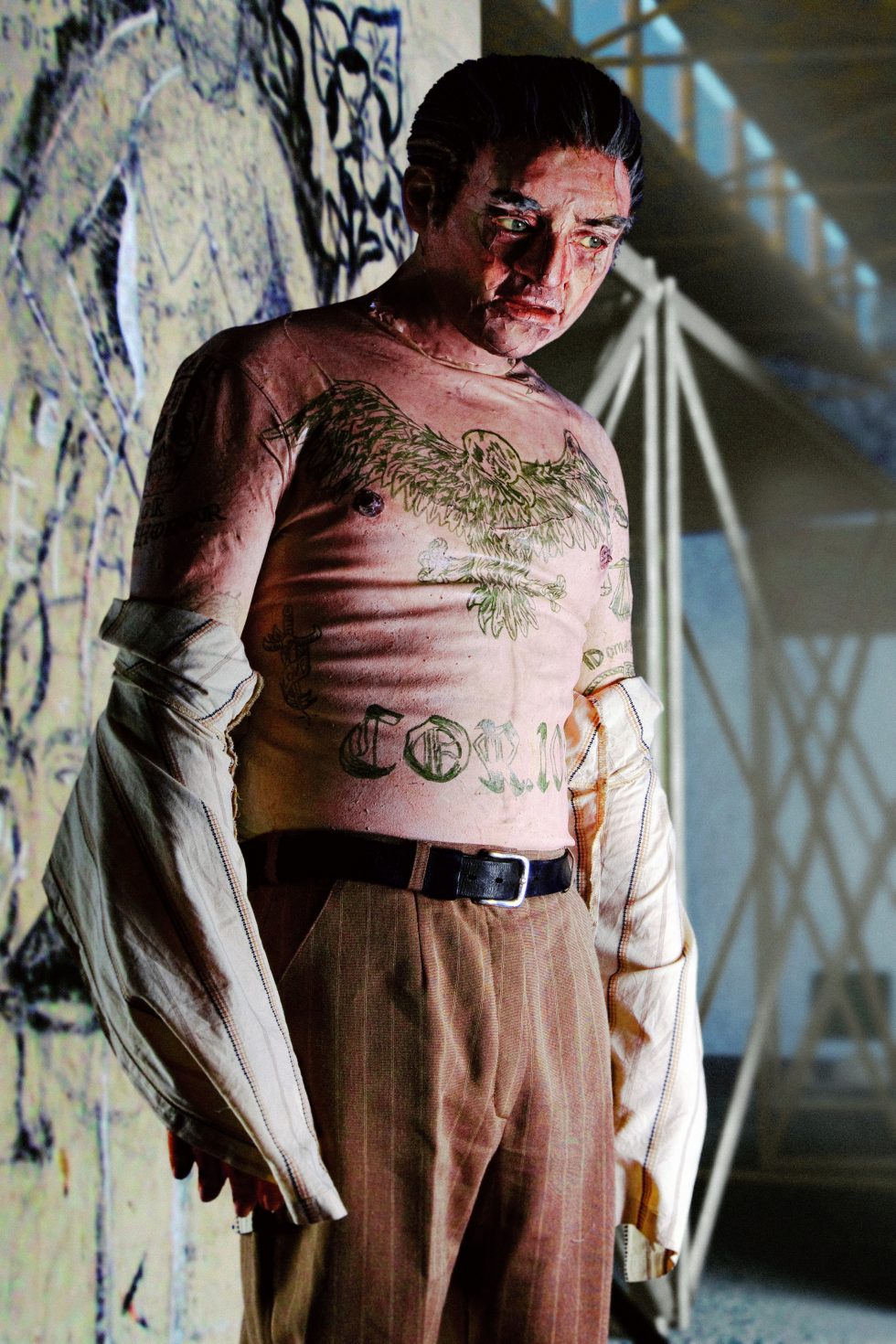 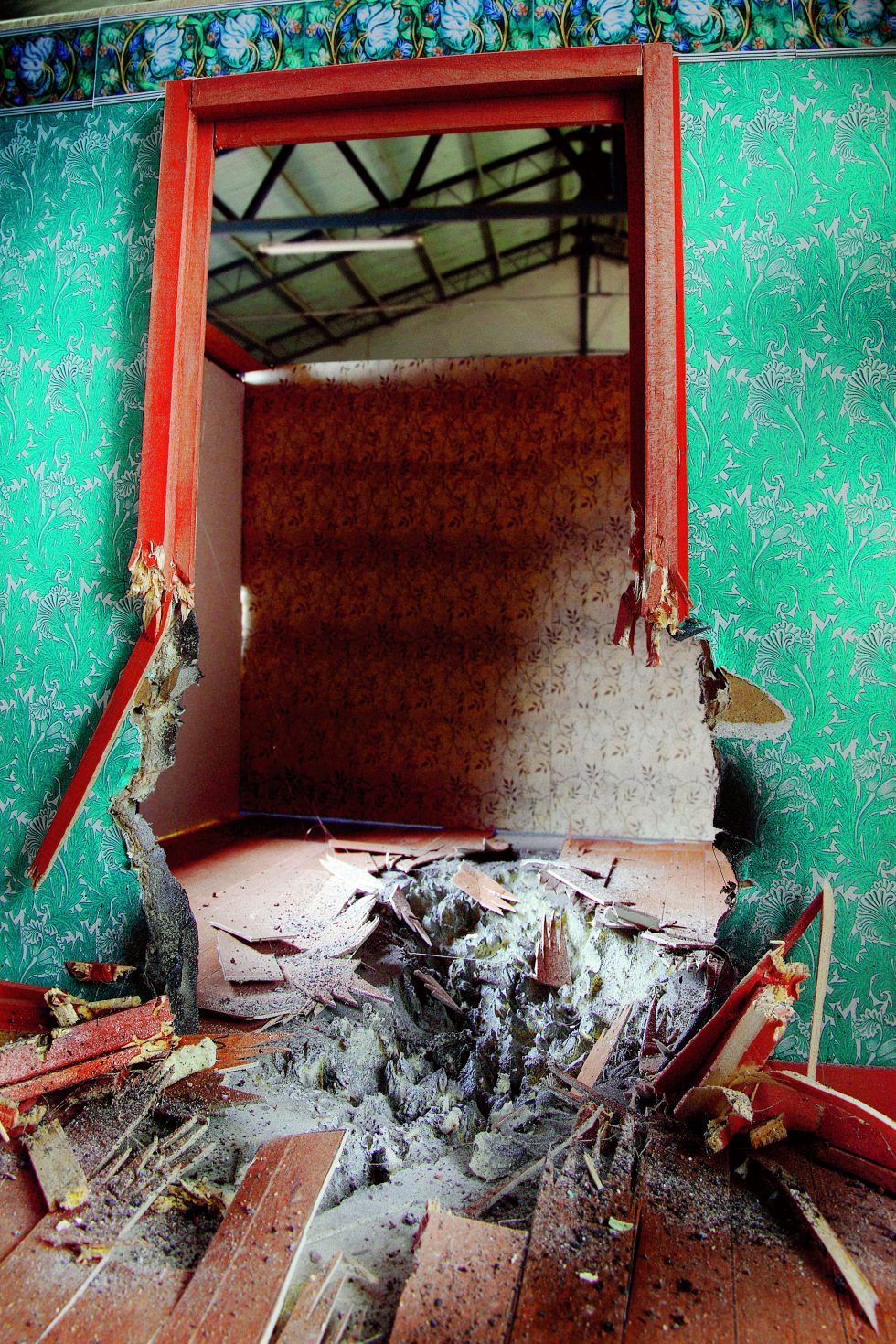 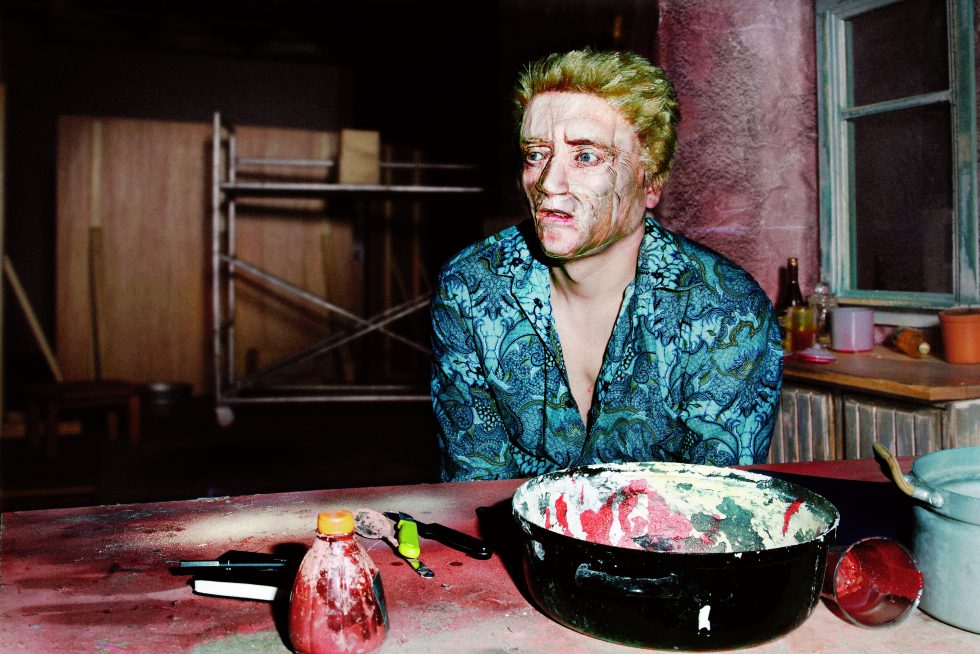 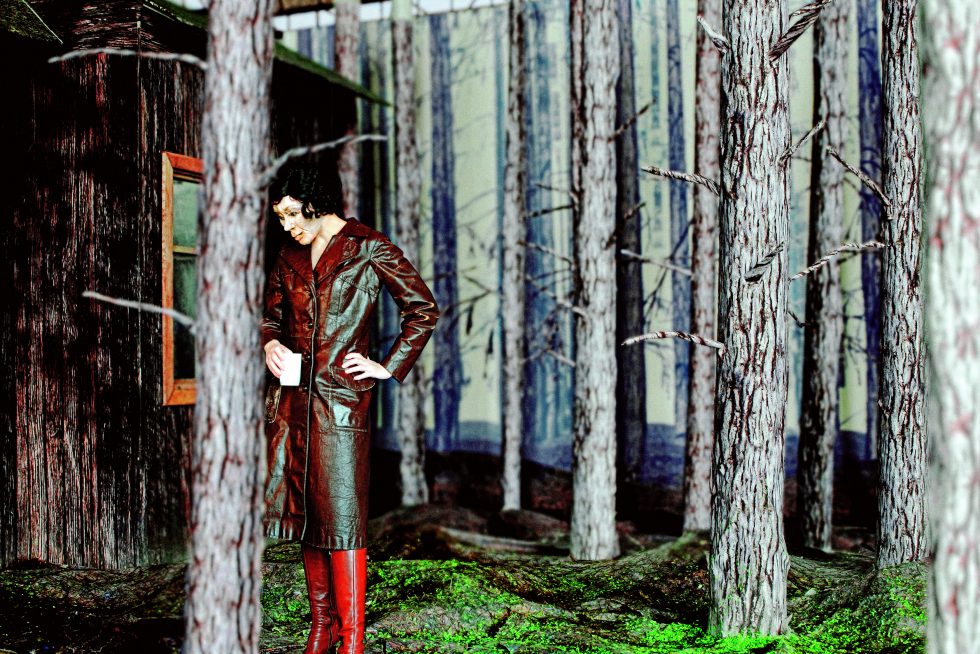 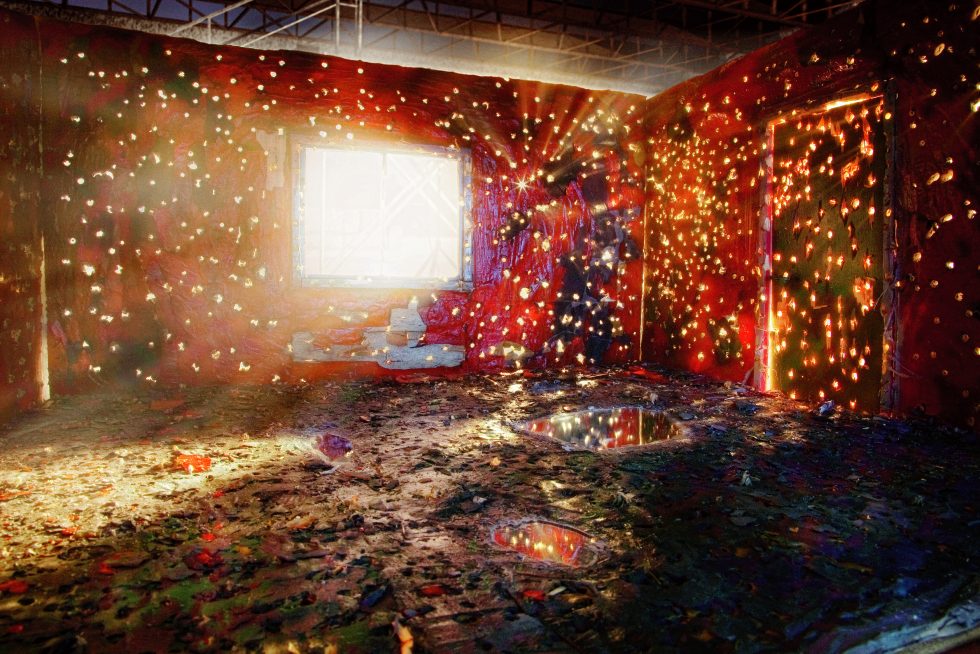 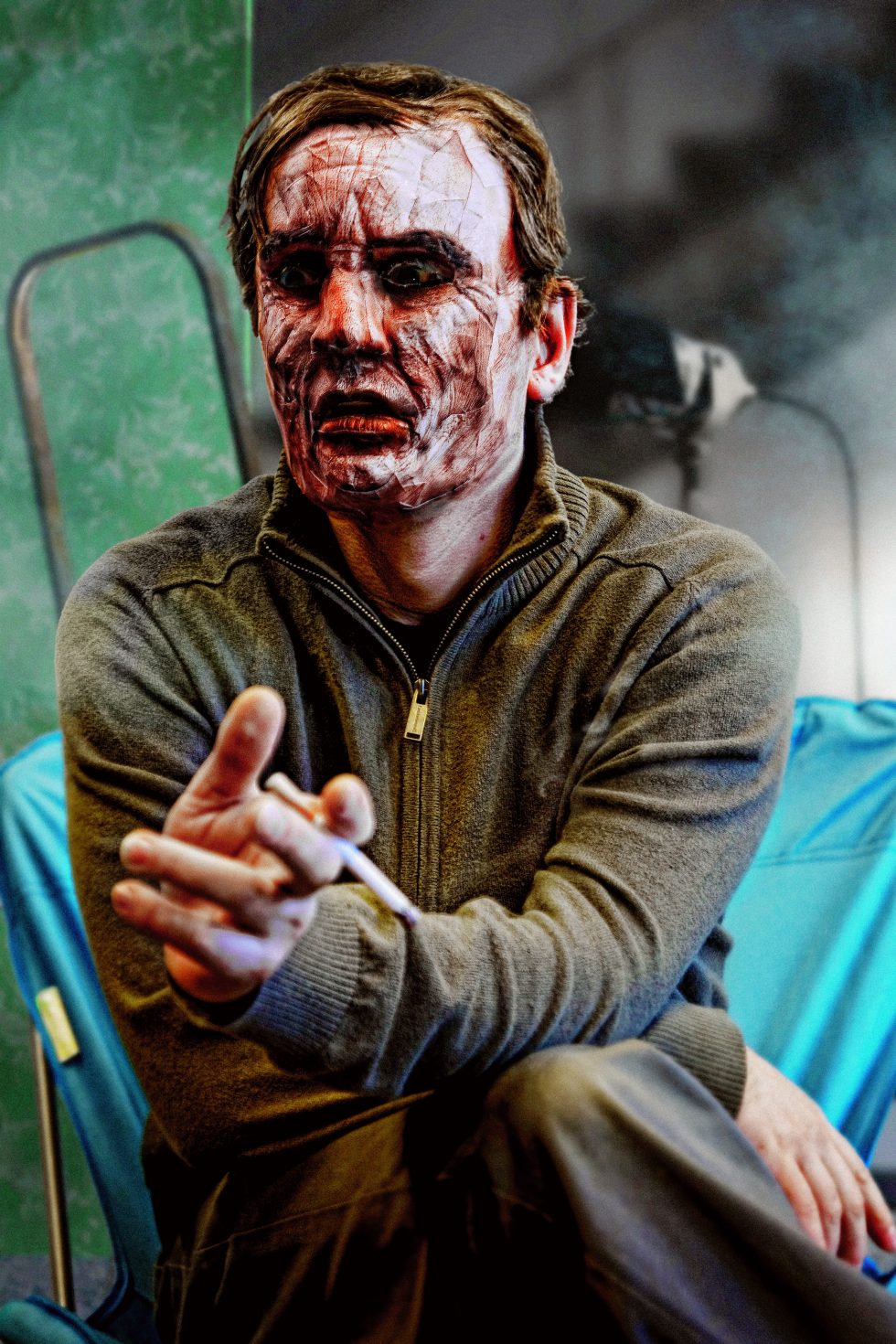 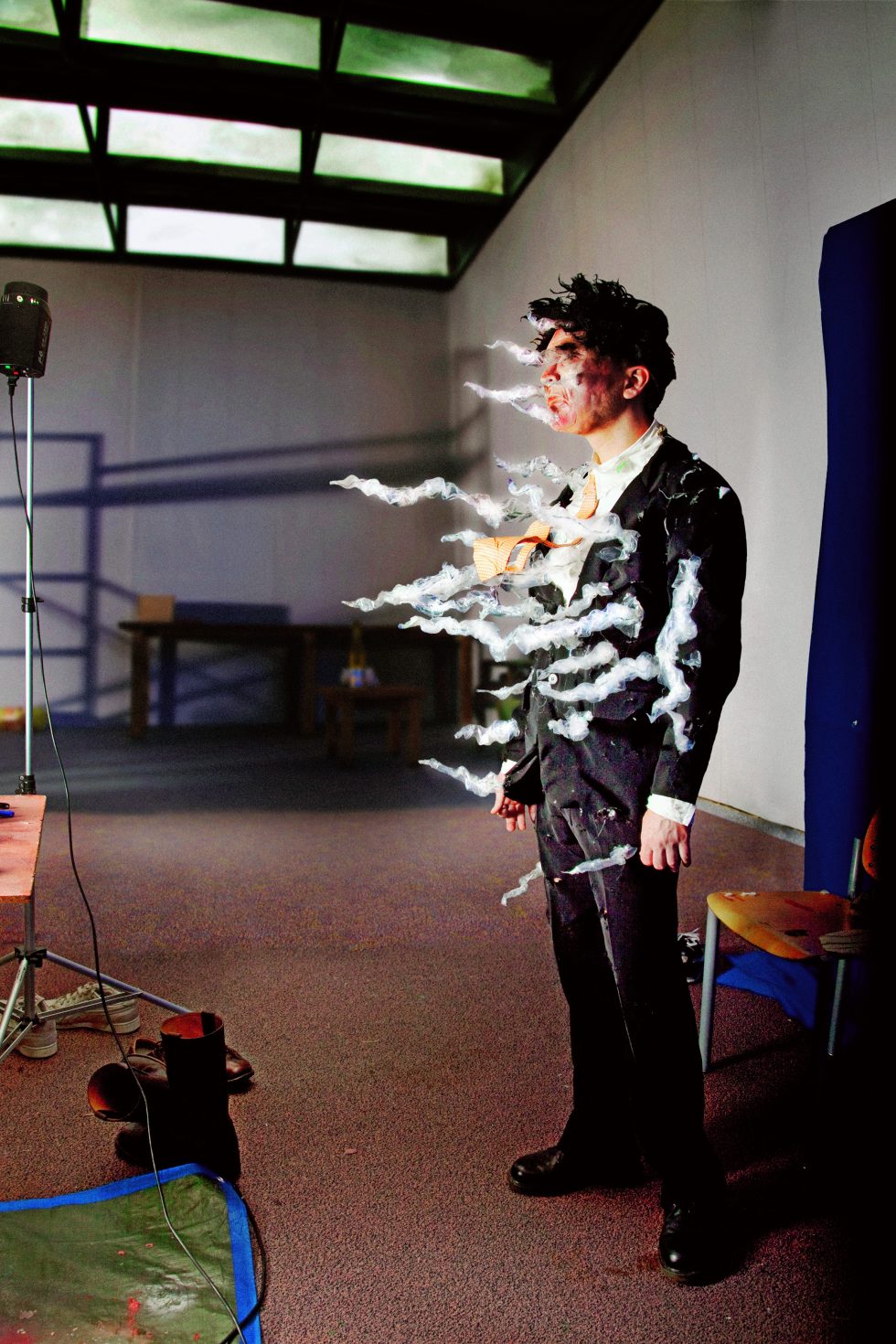 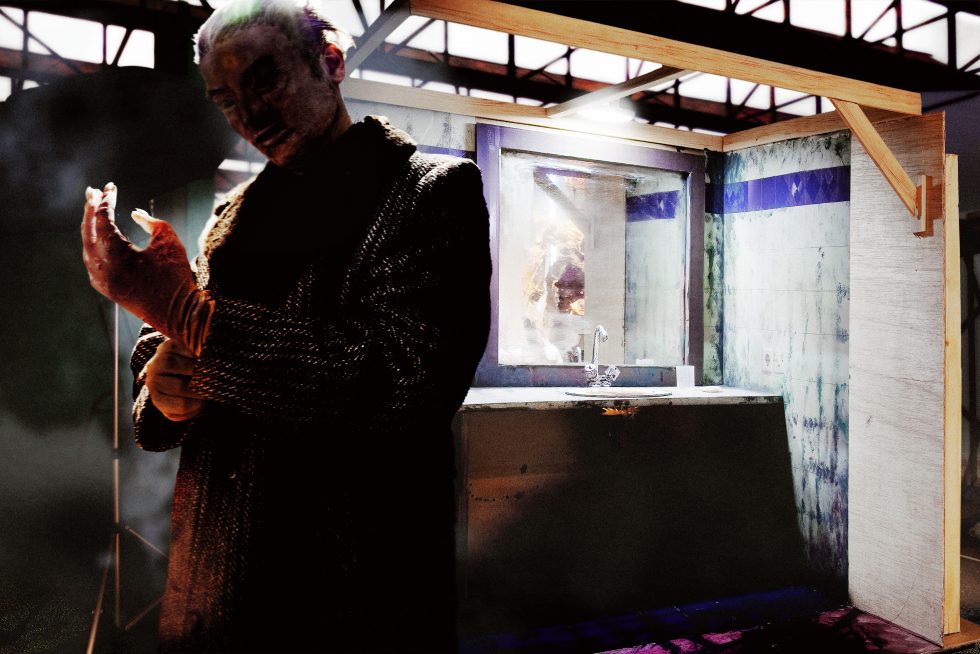