The Brazilian Suitcase is an imaginary travel report of three different expeditions (1926, 1979 and 2016) to the heart of the Amazon forest, in search of a lost civilization at the lake of El Dorado. The narrative of the expeditions is based on numerous real accounts of explorers, anthropologists and documentary makers, where De Beijer uses a combination of footage shot by himself in the rainforest, objects built in his studio, computer generated images and archive material.

In the timespan of 90 years we witness 3 different moments where an encounter takes place between the expedition members and the local tribe at their destination. Both groups project their fears and desires onto the other group, feeding the myth that they have carefully constructed about each other. In their endless search for the mystery of a lost civilization, the expedition members have left their own blueprint of traces in the forest; every object, story, ritual or habit that they imported from the western world becomes assimilated in the tribe’s mythology – the cultural mutation that takes shape becomes a distorted echo of our own culture.

Two different strains of thought move alongside each other; the tribe’s desire to see the jungle through a birds eye view triggers their fascination for airplanes, giving the expedition members mythical powers. On the other hand, the mystical relation between the tribe and the lost civilization of their ancestors makes the expedition members dig deeper for the traces of this lost culture and it’s riches. The endless repetition of this continuous mechanism creates a situation where it is impossible to escape one’s point of view. Perception itself and the need to look beyond it creates a blind spot for all people involved. Although the elements, situations and actors may vary, the destiny of all involved is inevitable from the beginning. 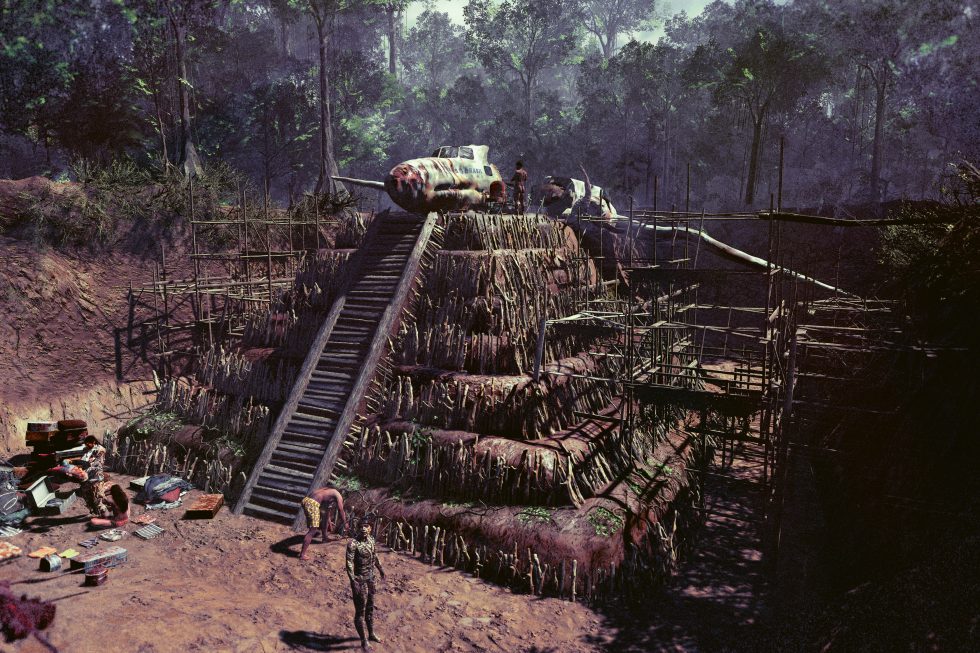 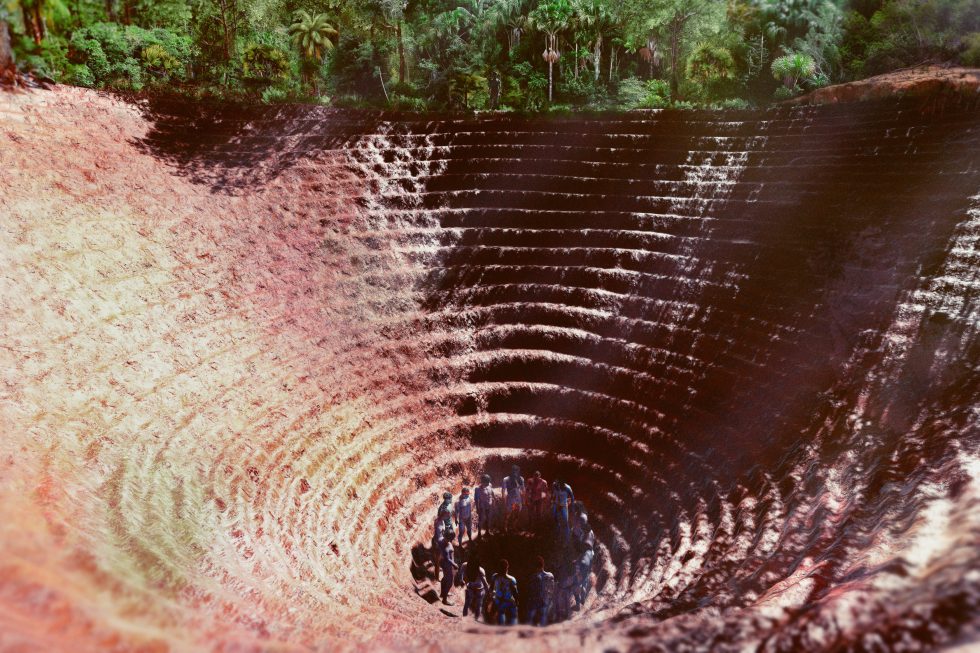 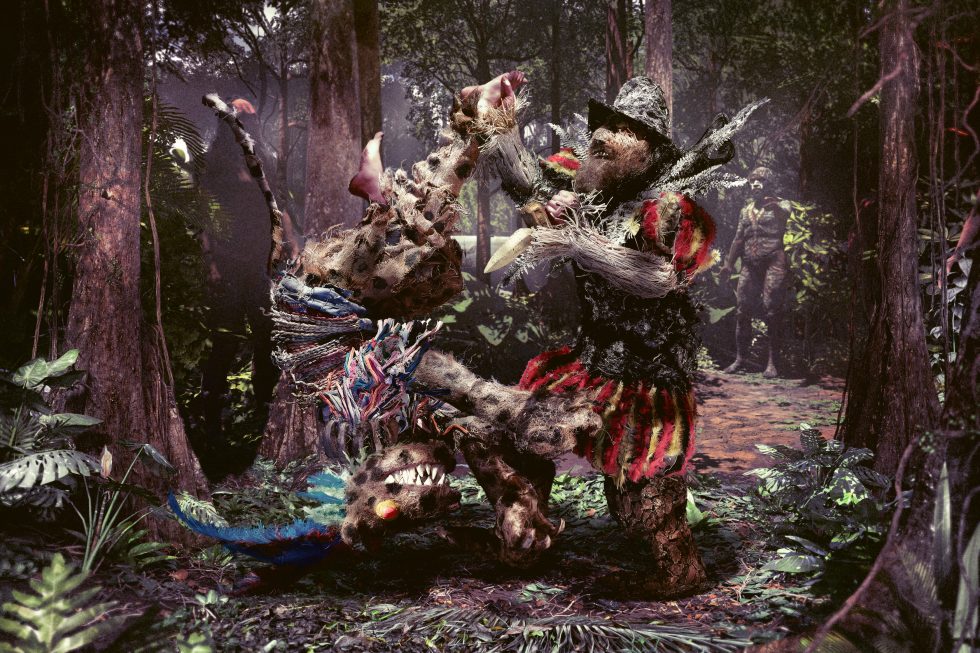 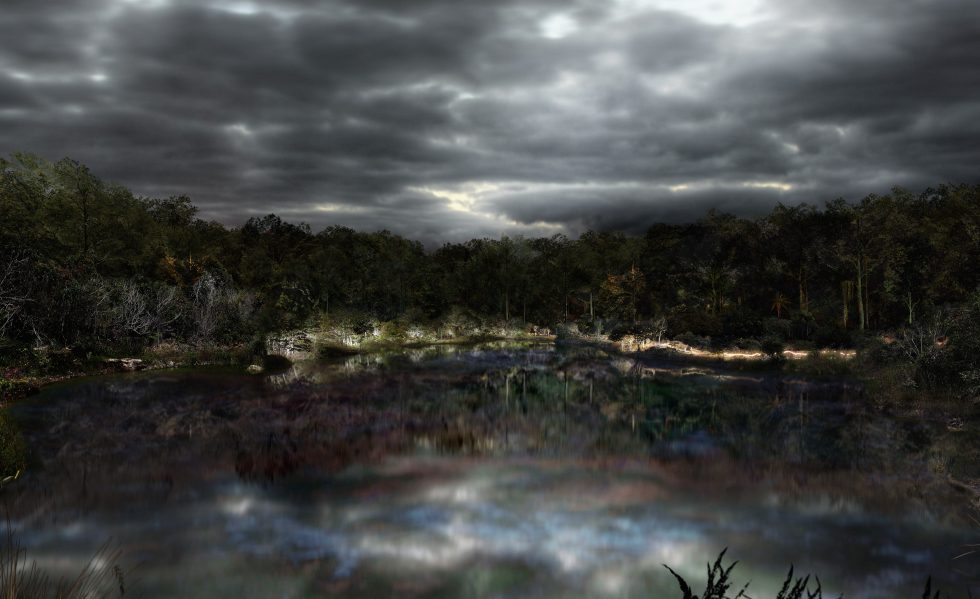 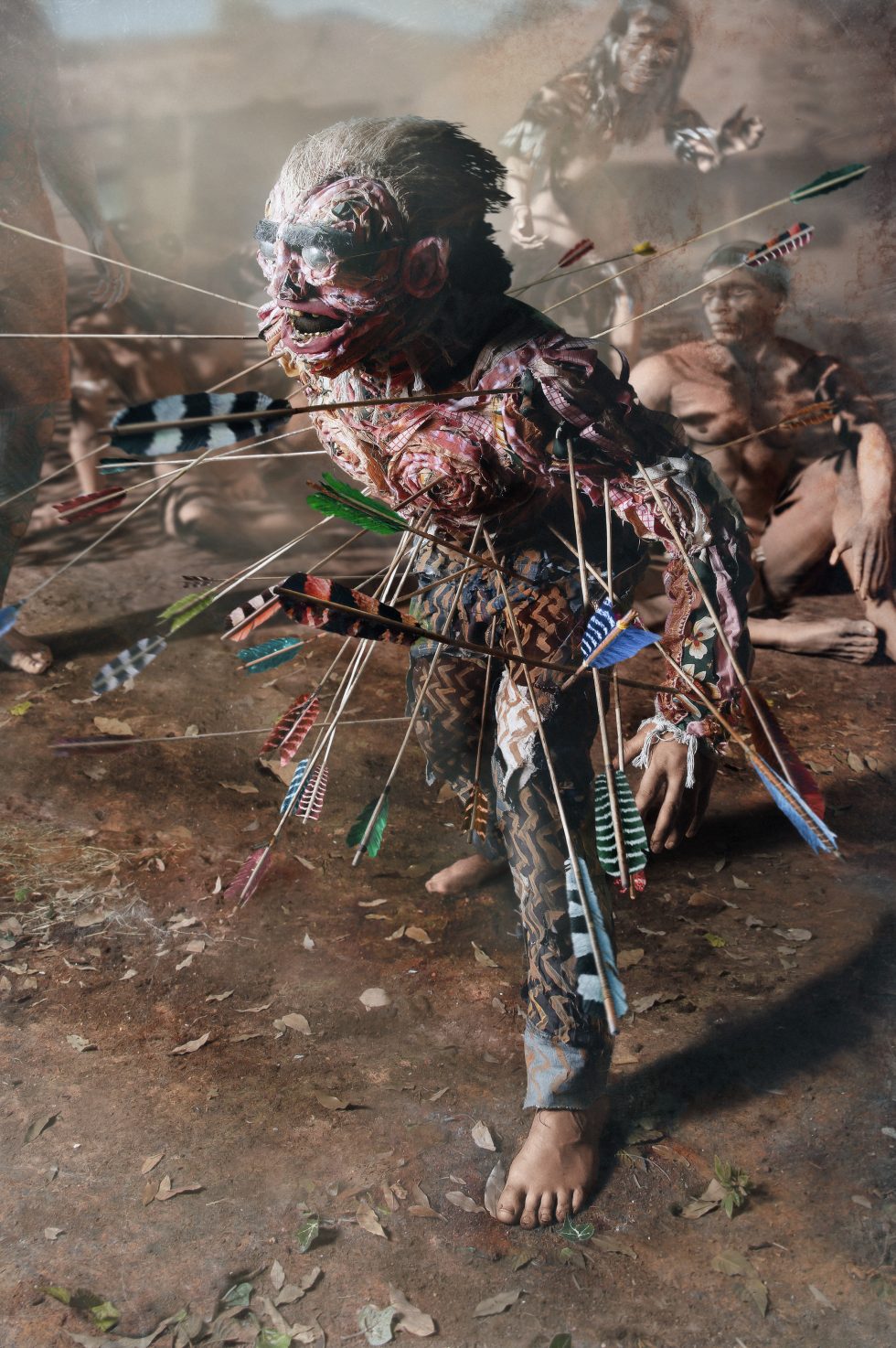 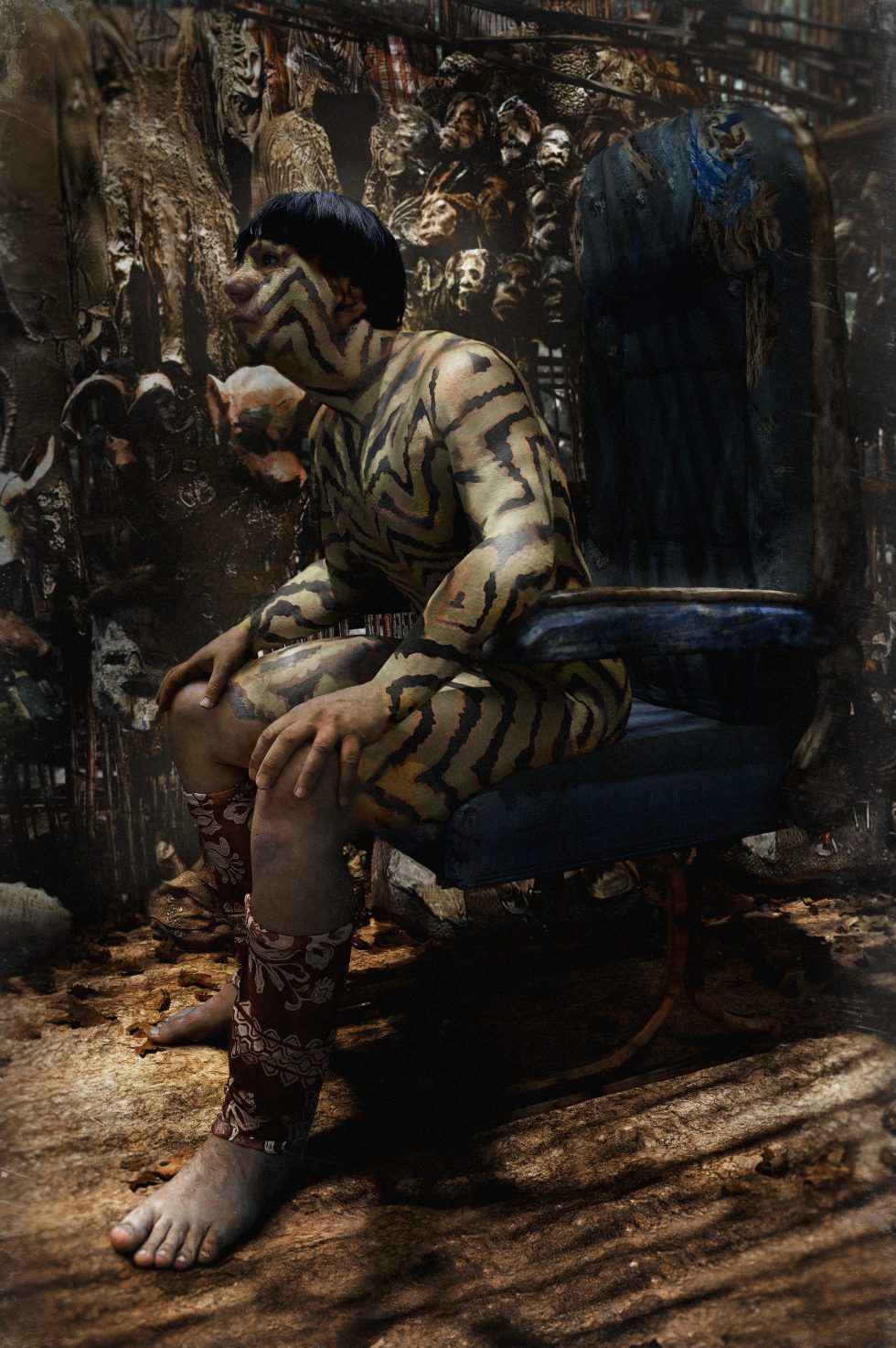 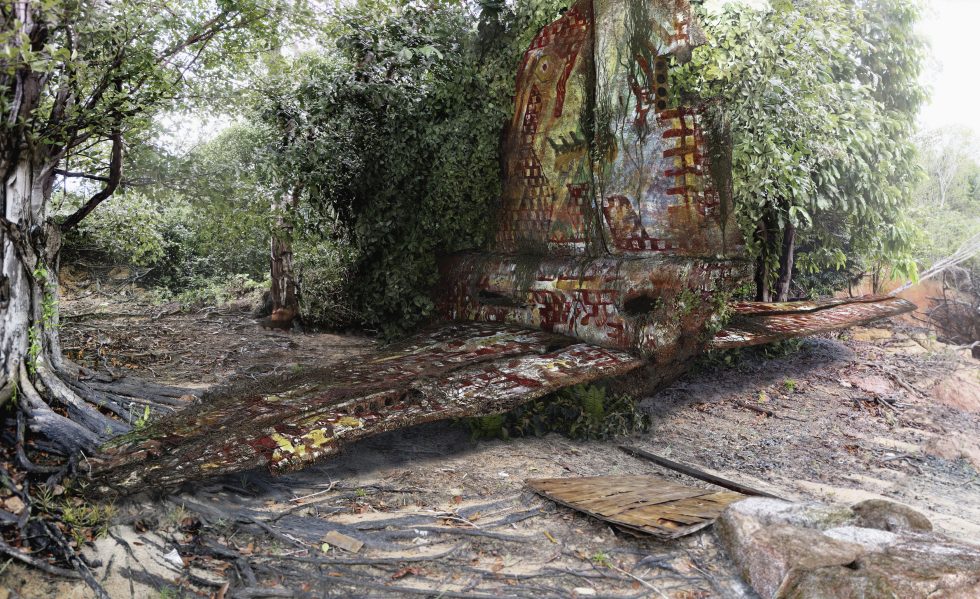 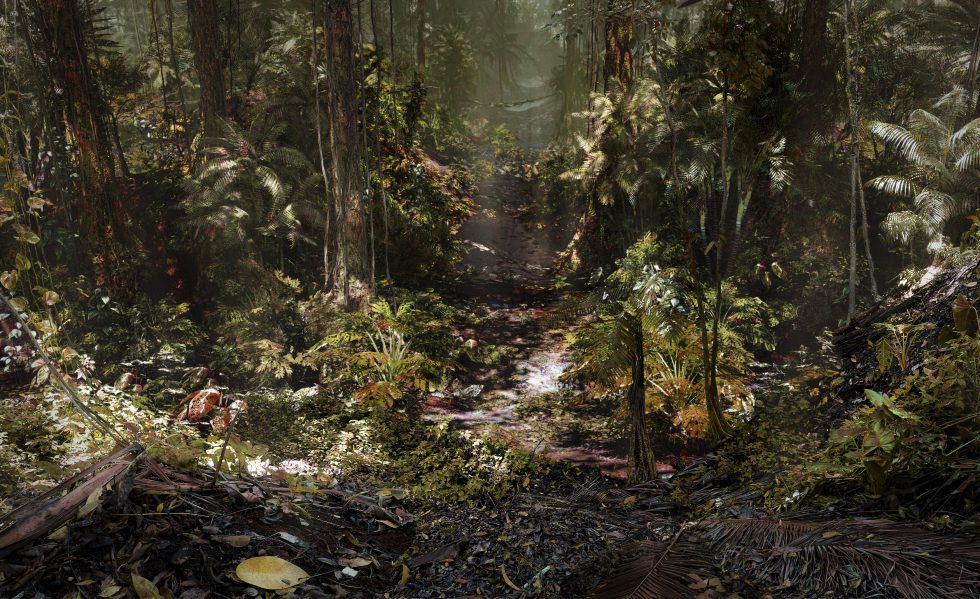