The Admiral’s Headache expands on the artist’s familiar themes of Dutch colonialism and the way that the media romanticizes, simplifies and conflates history and cultural attitudes. De Beijer chooses subjects for their strong visual mythology, and past series have included mythical encounters between natives and explorers in the jungles of Brazil, the Dutch East Indies, and contemporary Africa. In each series, the artist becomes steeped in research and image collection both on the ground and at home. De Beijer then combines digital sketching, drawing, 3D modeling, and sculpture to create stand-alone photographs. Every object in this series is first designed in a game-modeling software, then printed as a flat 2D blueprint, cut out and folded, and finally reconfigured as 3D paper miniatures on a scale-model landscape. The photographs in this series reference 18th-century hand-colored engravings, and from a distance could be colonial illustrations. But upon closer viewing, the meticulous hand-drawn lines are imbued with an eerie sci-fi quality. The tell-tale clues of the cut paper reveal themselves: creases and folds in costumes, or some remains of glue visible in the clouds.

The title “The Admiral’s Headache” refers to the story of Albert Kikkert, the former admiral and Governor of Curaçao in the early 1800’s. Kikkert complained that the white facades of the buildings shining in the sun exacerbated his migraines, and ordered that they all be painted the bright shades typical of Curaçao’s waterfront today. During de Beijer’s residency in this former Dutch colony, the artist collected research, focusing primarily on the methodical approach to slavery and capital extraction. De Beijer depicts a desolate, surreal and industrial realm – an island riddled with fantastic machines waiting to be involuntarily powered by extracted human labor. Intrigued by the unique modular, hermetic character of its buildings, ships, tools, and weapons, de Beijer recreated a world where the colonists are hidden players, present but unseen behind imposing mansions. The artist describes the Dutch as being kept comfortable and safe inside the walls, “like an impenetrable cultural cocoon”. The hard shell of the fortress protected the famed Dutch gezelligheid – a coziness, warmth, and conviviality – and kept out anything unseemly or dangerous, much like the reality of slavery’s exploitation could be ignored while living within the Dutch simulacra.

The stripped-out colonialist lurks around Curaçao with a ghost-like omnipresence, appearing in traces of puffs, gunpowder shots, or magical smoke emanating from fired cannons. But the enslaved people who powered every aspect of this island are left entirely unseen, haunting our collective imagination. De Beijer’s intention is not so much to give a moral judgment on colonialism, but to transform its particularly Dutch aspects into oneiric tableaux.

This project was co-financed by the Mondriaan Foundation 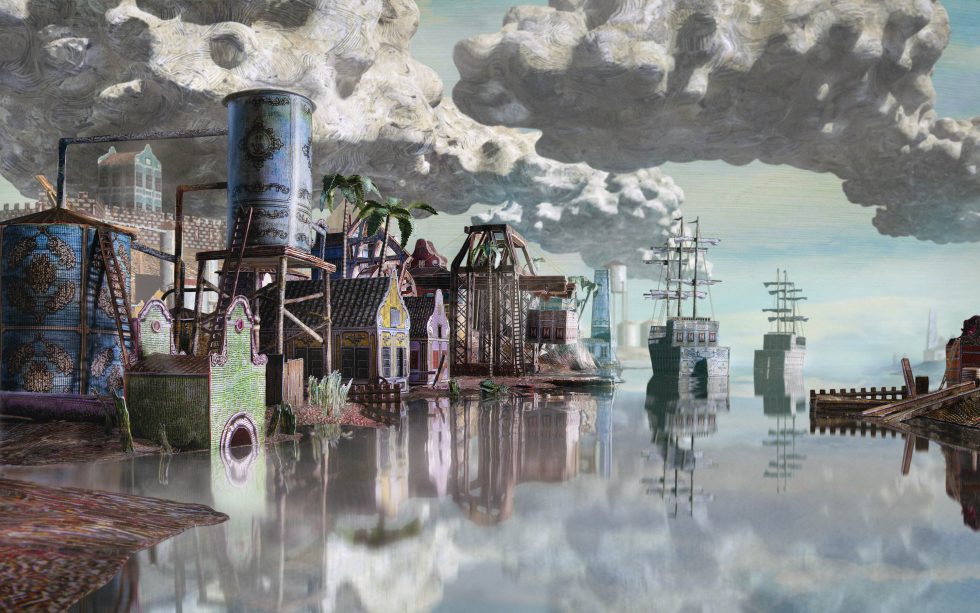 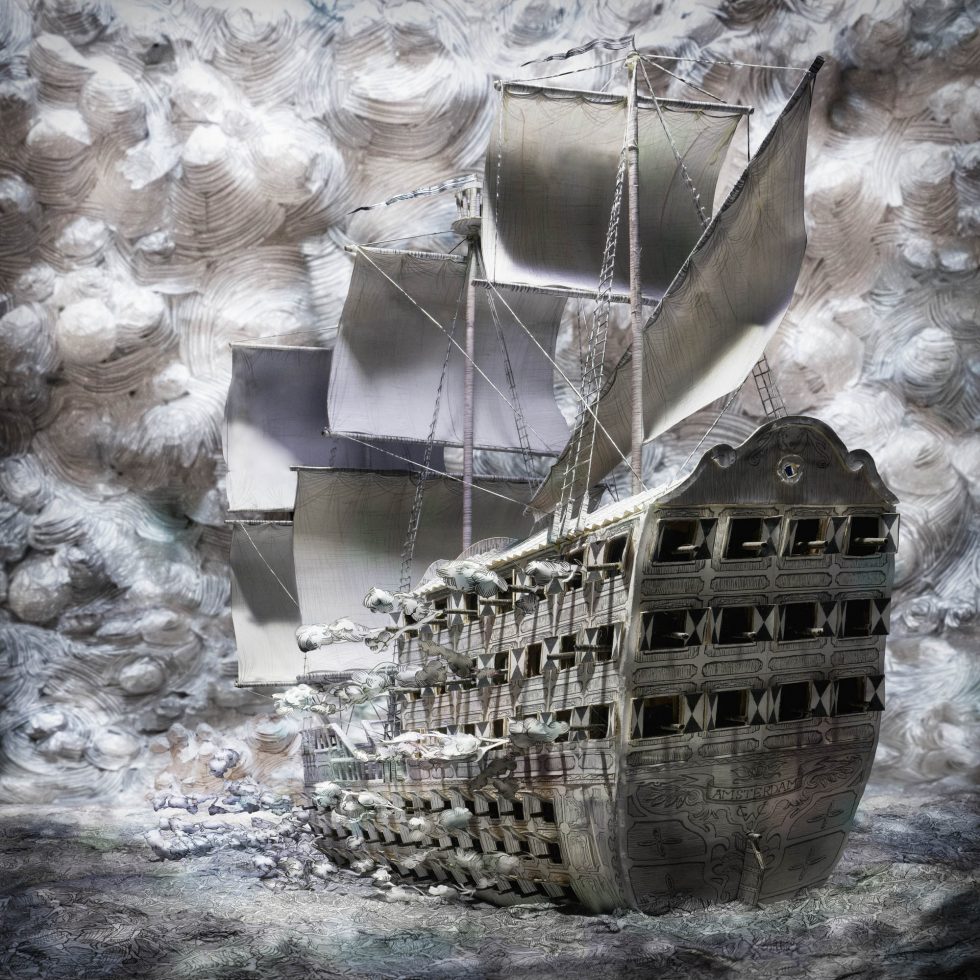